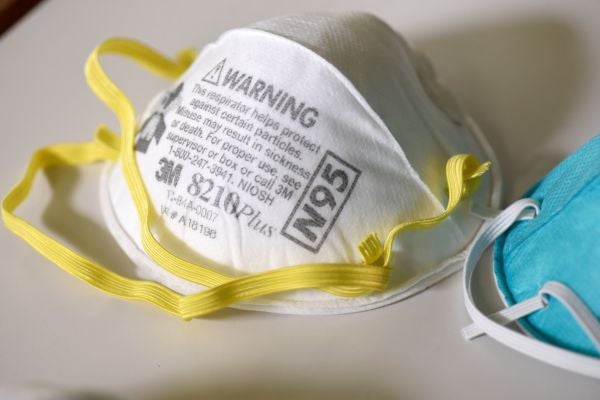 An Atlanta man caught the attention of federal investigators after he allegedly tried to scam the Department of Veterans Affairs out of $750 million by offering to sell millions of face masks that didn’t exist.

Christopher Parris, 39, was arrested Friday on a wire fraud charge in the alleged coronavirus scheme, the Department of Justice said in a news release. He’s accused of trying to sell 125 million respirator masks and other personal protective equipment to the VA in exchange for large upfront payments.

He made several false representations in order to convince the VA to order 125 million respiratory masks and other protective equipment, the release said. The total cost for that equipment is more than $750 million.

Parris promised that he could obtain millions of genuine 3M masks from domestic factories, the release said. However, he’s accused of knowing that fulfilling that promise would be impossible.

He also is accused of making similar false representations to other entities in an effort to sell the nonexistent equipment to state governments, the release said.

“We will vigorously pursue fraudsters who exploit the COVID-19 pandemic to make money,” Attorney General William Barr said in the release. “As this case demonstrates, even beyond the typical costs associated with unlawful behavior, COVID-19 scams divert government time and resources and risk preventing front-line responders and consumers from obtaining the equipment they need to combat this pandemic.”

Parris appeared before the U.S. District Court for the Northern District of Georgia on Friday, where he was ordered to be extradited to the District of Columbia to face his charge.

This isn’t the first time Parris has been accused of scheming to acquire large sums of money. According to federal prosecutors, he was also involved in a Ponzi scheme in upstate New York where he and another man allegedly defrauded hundreds of investors out of more than $115 million over a six-year period between January 2012 and June 2018, according to multiple media reports.

If convicted in the latest alleged scheme, Parris could face up to 20 years in federal prison and a $250,000 fine. The case was investigated by the VA, Officer of the Inspector General and Homeland Security.

Anyone with information on a coronavirus-related fraud scheme is asked to report it to the National Center for Disaster Fraud hotline by calling 1-866-720-5721 or emailing disaster@leo.gov.