Many news organizations initially described Phillips as a Vietnam veteran, until they were forced to issue corrections. Well, they're going to need to issue a few more. 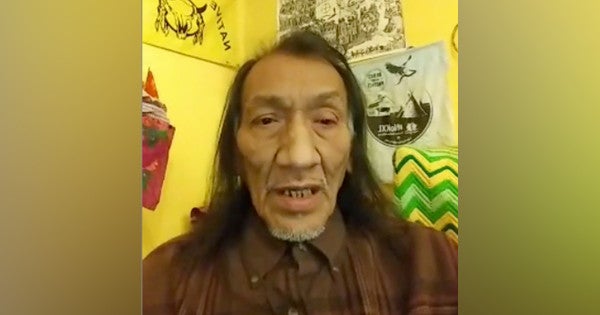 I was going to start this post off with a rundown of the different ways Nathan Phillips — the Native American activist involved in a scuffle between Catholic high school students in Washington, D.C. — has described his past service with the Marine Corps.

I was going to bring up his troublesome claims of being a “recon ranger” — which he was not. I was going to reflect on his claim that he was a “Vietnam-times veteran” who came home and was “spit on” and “called a baby killer,” despite his service record keeping him in the United States, and it being unclear where he was claiming to have come home from.

But then, another video emerged.

Many news organizations initially described Phillips as a Vietnam veteran, until they were forced to issue corrections. Well, they're going to need to issue a few more, since Phillips apparently slipped up in 2018 and claimed that he was “a Vietnam vet” and he was “in theater” during the war — which is categorically false.

Here's the full quote, taken from a video of Phillips posted to the Native Youth Alliance Facebook page (9:45 mark):

“I'm a Vietnam vet, you know,” Phillips said. “I served in the Marine Corps from '72 to '76. I got discharged May 5, 1976. I got honorable discharge and one of the boxes in there shows if you were peacetime or… what my box says that I was in theater. I don't talk much about my Vietnam times. I usually say 'I don't recollect. I don't recall,' you know, those years.”

In the same video, at around the 23:45 mark, he states, “I got a Section 8 home because I'm a veteran, wartime veteran like that. Honorable, in theater, so I have Section 8 home.”

Phillips did serve in the Marine Corps from May 20, 1972 until May 5, 1976, according to a Corps spokeswoman, but did not serve anywhere near Vietnam or any theater of war. He had zero deployments and his only award was a National Defense Service Medal. He briefly had the military occupational specialty of 0351 Anti-tank missile-man before being assigned as an 1161 refrigerator technician.

He also was discharged as a private after four years of service.

SEE ALSO: Megan Leavey Is A Good Iraq War Film. But Is It 'Stolen Valor'?

WATCH: Why Do Some People Steal Valor?