In 1931, Congress passed a bill to make “The Star-Spangled Banner” the official national anthem of the United States. But... 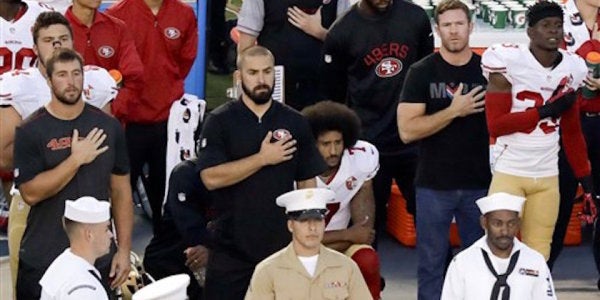 In 1931, Congress passed a bill to make “The Star-Spangled Banner” the official national anthem of the United States. But the decision was far from simple.

Among the points of contention was the music’s foreign origin. The lyrics were written by American attorney Francis Scott Key during the War of 1812, but the music was borrowed from the 18th century British song “To Anacreon in Heaven.”

The tune had ties to drinking societies, and the United States was in the midst of Prohibition. There were also other viable competitors, including “Hail, Columbia,” a patriotic song that served as an informal national anthem for much of the 19th century, and “America the Beautiful,” whose popularity soared during the early 20th century.

“It was an exhaustive process,” said Mark Hildebrand, the director of the 2012 documentary “Anthem — the Story Behind the Star-Spangled Banner.” But the debate ended when President Herbert Hoover signed the bill into law, and “The Star-Spangled Banner” has remained the national anthem ever since.

To this colorful history, football player Colin Kaepernick adds another refrain of discontent. The San Francisco 49ers quarterback has thrust the song — and its complicated backstory — into the national conversation after his recent refusals to stand when the anthem is played during NFL games. (He has taken a knee during some performances.) The athlete has cited police brutality against black people and other forms of racial injustice for his refusal to stand for the anthem.

His sentiments have elicited sympathy from some prominent cultural and political figures, including singer John Legend, who took to Twitter last week to call the anthem “weak.” President Barack Obama defended Kaepernick, telling reporters Monday that the football star “cares about some real legitimate issues that have to be talked about.”

But many others have criticized the athlete, including the Santa Clara, Calif., police union, which has threatened to boycott 49ers games. Kaepernick has been booed and heckled at recent games by fans who see his behavior as disrespectful and inappropriate.

The tradition of standing for the national anthem is rooted in federal law, according to historians. The U.S. Flag Code, passed in 1942, states that all civilians present during the playing of the anthem while the U.S. flag is displayed “should stand at attention facing the flag with the right hand over the heart.”

If the anthem is played without the flag displayed, those present “should face toward the music and act in the same manner they would if the flag were displayed there.”

But the Flag Code is difficult to enforce, experts say, and has thus become more of a guideline than a hard-and-fast law.

“You can’t create a law that dictates respect and love of country,” said Mark Clague, associate professor of musicology at the University of Michigan, where his areas of research include the national anthem.

“If you did, patriotism would just be obedience and wouldn’t be love of country. What does have authority is the weight of tradition — civilian practice imitating military tradition.”

He said the challenge facing “The Star-Spangled Banner” is that it has “taken on the role of representing a 200-year-old history” and that the current controversy “highlights the need and imperative of our national symbols to live up to who we have become and for us to live up to what the symbol deserves.”

Some believe “The Star-Spangled Banner” contains racist language, most notably in its third stanza, which is seldom sung today. (Most performances stop after the first stanza.) The third section states: “No refuge could save the hireling and slave / From the terror of flight or the gloom of the grave …”

The line is believed to refer to black slaves who were promised freedom if they fought on the side of the British during the War of 1812.

The song “casts aspersions on black people. It does a disservice to black people today,” said Gerald Horne, chair of history and African-American studies at the University of Houston.

He said performing the anthem today is the equivalent of saying that “things should never change and remain frozen in aspic. … It’s a war-mongering song that’s totally inappropriate for 2016 and people need to get over it.”

Some people, such as Legend, are advocating replacing “The Star-Spangled Banner” with a more inclusive anthem. (The singer said he prefers “America the Beautiful.”) But any effort likely faces an uphill battle.

“It’s too ingrained and I don’t believe it will be replaced. It means a lot to a lot of people,” said Marc Leepson, author of the book “What So Proudly We Hailed,” which explores the life of Key.

“In a lot of ways, it’s not fair to judge someone through 20th century standards,” he said. “On the other hand, slavery was evil and Francis Scott Key was a slaveowner. By many accounts, he treated them humanely. Nevertheless, he bought and sold human beings.”

“The Star-Spangled Banner” became popular throughout the United States after the War of 1812 thanks to a surge of patriotism and the fact that the lyrics were printed in newspapers across the country.

This 1814 copy of “The Star-Spangled Banner” was the first printed edition to combine the words and sheet music. Copies such as these were sold from a catalog of Thomas Carr's Carr Music Store in Baltimore. Currently this is one of only ten copies known to exist, and is housed in the Library of Congress.This photo is in the public domain in the United States.

The song received a major boost from John Philip Sousa, the “American March King” composer and conductor, who often led performances of the piece while touring Europe.

“He always played ‘The Star-Spangled Banner’ even though it wasn’t the official national anthem,” said Hildebrand, the documentary director. “Sousa slowed it down, made it more majestic. Its original pace, as indicated on the sheet music, was ‘con spirito’ (in a lively manner). It was meant to be fast-paced, bouncy.”

There is no official version of “The Star-Spangled Banner.” Prominent composers, including John Williams, have created their own arrangements of the piece while pop stars as varied as Jimi Hendrix, Meat Loaf, R. Kelly and Lady Gaga have put their own artistic stamp on the song.

Protests of the anthem have also come in a variety of forms. The most famous example came at the 1968 Olympic Games when U.S. athletes Tommie Smith and John Carlos gave a Black Power salute on the medal podium.

In 2003, Toni Smith, a basketball player from Manhattanville College in upstate New York, turned her back on the flag while the anthem played to protest inequalities in American society.

“What’s amazing is how we imbue so much emotion in a piece of cloth or a song. It touches nerves and people get worked up,” said Marc Ferris, author of the book “Star-Spangled Banner: The Unlikely Story of America’s National Anthem.”

The debate raised by Kaepernick is good, Ferris said. “I think we should confront issues. But I also protect those who criticize him. That’s what patriotism is about — individual expression.”