Editor's Note: This article originally appeared on Business Insider. National Guard troops are being called in across the U.S. to... 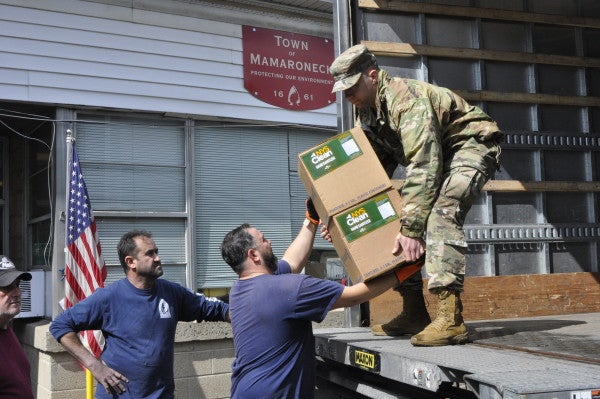 National Guard troops are being called in across the U.S. to help fight the coronavirus outbreak, which has already infected roughly 4,000 people and killed at least 69 in the US.

“The National Guard is fully involved at the local, state, and federal level in the planning and execution of the nation's response to COVID-19,” the Guard said in a statement last Friday.

Current missions include work at drive-through test facilities, logistics support for healthcare professionals, and disinfecting and cleaning public spaces, among others.

“There are about 670 Guard members in 15 states called up to support COVID-19 response efforts,” the National Guard revealed in a separate statement Monday. “Guardsmen and women have been distributing food, sanitizing public areas and coordinating response efforts with state emergency managers.”

There have been calls for additional military support as the virus, which first appeared in China last year, spreads.

“At this point, our best hope is to utilize the Army Corps of Engineers to leverage its expertise, equipment and people power to retrofit and equip existing facilities — like military bases or college dormitories — to serve as temporary medical centers.”

“Doing so still won't provide enough intensive care beds,” he said, “but it is our best hope.”

At a press briefing Monday morning, Cuomo said that he has been having conversations with the White House on this issue, but talks have so far been inconclusive.

The Department of Defense said in a press briefing Monday that it is aware of the governor's comments and is evaluating its capabilities. At this time, the department has yet to receive a request for assistance.