After summer of protests, National Guard puts troops on standby in run-up to elections

After a summer of civil unrest over racial injustice in the United States, the National Guard has put hundreds of military police on standby specifically to help law enforcement deal with any potential violence in the coming months 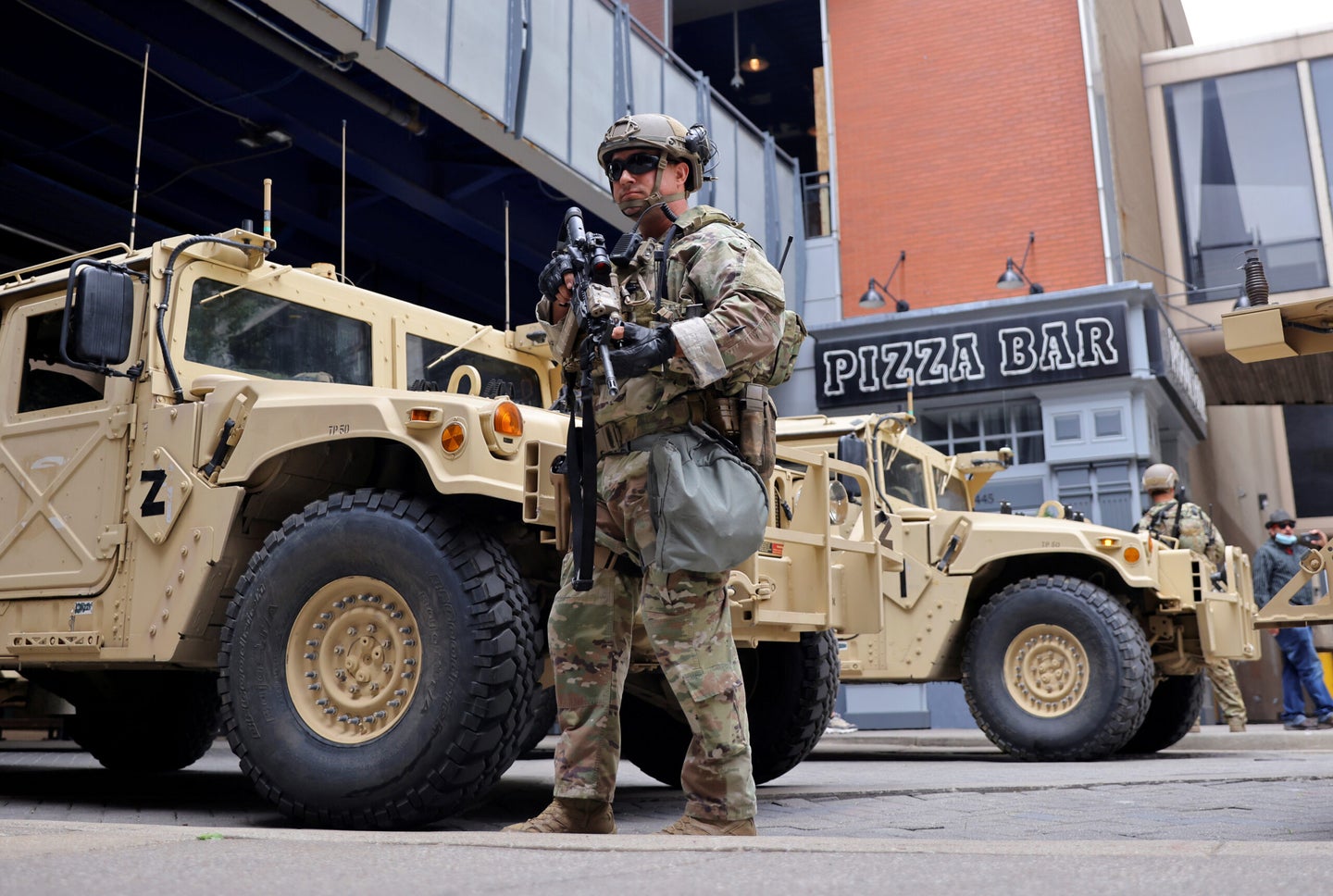 WASHINGTON (Reuters) – After a summer of civil unrest over racial injustice in the United States, the National Guard has put hundreds of military police on standby specifically to help law enforcement deal with any potential violence in the coming months, three U.S. military officials have told Reuters.

Officials said the units, consisting of about 600 military police stationed in Arizona and Alabama, were a response to the lessons learned during the violent upheaval after a Black man, George Floyd, died in late May when a Minneapolis police officer knelt on his neck.

While the units were not specifically created to address potential violence around the Nov. 3 elections, their existence highlights how the military could help deal with unrest around the vote without deploying active-duty troops to cities – a key tenet for Pentagon leadership.

A senior National Guard official, speaking on the condition of anonymity, said the military police “Rapid Response Units” had been established in the past month and could deploy to any part of the country within 24 hours if requested by a governor.

“We’re in very unique times right now in our country, we’ve seen several instances of where civil disturbances escalated very quickly to riots, extensive property damage,” the official said. The units would be on standby until at least the end of the year, the official said.

In the campaign, tensions have risen over Republican President Donald Trump’s calls for his supporters to act as ad-hoc poll watchers. Democrats and nonpartisan election experts have denounced that as an oblique call for illegal voter intimidation.

The National Guard was thrust into the spotlight in June when more than 40,000 troops were deployed to help deal with protests, including in Washington, where thousands marched outside the White House.

In June, Defense Secretary Mark Esper publicly voiced his opposition to invoking the Insurrection Act to deploy active-duty forces, in remarks to reporters that did not go over well with Trump and his top aides.

After the June protests in Washington, Reuters reported that Trump had told his advisers at one point he wanted 10,000 troops to deploy to the capital.

The incident showed how close Trump may have come to fulfilling his threat to deploy active-duty troops in U.S. cities, despite opposition from Pentagon leadership.

The National Guard realized troops needed to have quicker access to equipment and personnel and have better planning, officials said.

National Guard troops do deploy to foreign wars, but are also considered better suited than active-duty troops to deal with domestic emergencies such as hurricanes and protests because members tend to be from the communities they serve and have broader authority to assist law enforcement.

Trump’s bid to militarize the U.S. response to the protests triggered a rare outpouring of condemnation from former U.S. military officials, including Trump’s first defense secretary, Jim Mattis, and retired four-star generals who normally try to steer clear of politics.

Trump has increasingly intervened in lower-level military affairs ahead of the election. Just hours before testing positive for the novel coronavirus on Thursday, Trump said on Twitter that a military decision to make the Navy SEAL ethos gender-neutral was “ridiculous” and vowed to overturn it.

Democratic presidential candidate Joe Biden has also invoked the military in the campaign. He said in June that he worries Trump will try to “steal” the election but he is confident soldiers would escort Trump from the White House if he loses and does not recognize the result.

The top U.S. general, Chairman of the Joint Chiefs of Staff Mark Milley, told lawmakers in August that he did not foresee the military playing a role in the election process or resolving disputes that may arise.

Milley’s comments were largely a reiteration of the military’s apolitical position but coincided with questions about what would happen if election results were disputed.

Trump has asserted without evidence that a surge in mail-in voting during the coronavirus pandemic will lead to massive fraud and has refused to say whether he would accept official election results if he lost.