Eighty-one-year-old grandmother Margaret “Peg” Holcomb is still in a huff after state police and the National Guard deployed ground troops... 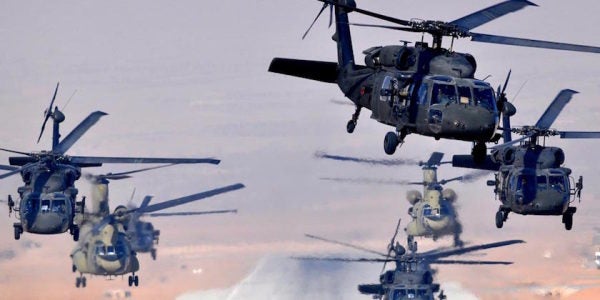 Eighty-one-year-old grandmother Margaret “Peg” Holcomb is still in a huff after state police and the National Guard deployed ground troops and a helicopter at her Amherst home and chopped down the 6-foot-tall marijuana plant growing out back with her raspberries.

“It’s ridiculous,” Holcomb told me yesterday. “This is not what happens in a democratic society. We don’t have people flying over us and watching us, then coming and invading our property. It’s a violation of the Fourth Amendment and not speaking out would be a violation of the First Amendment, as far as I’m concerned.”

Peg has grown a single pot plant in her backyard for years to keep her glaucoma under control. But two weeks ago, she and her plant were the targets of an annual “marijuana eradication operation” the staties and the guard conduct in western Massachusetts.

“I’ve grown marijuana for many years — one plant. I don’t sell it. I don’t talk about it. Some people drink wine at night, occasionally I’ll have a little smoke,” the retired homemaker said at her kitchen table, covered in a red and white checked tablecloth.

Peg’s pot plant was nestled in her raspberry patch in the back of her tidy property, where she also keeps two chickens, Alice and Lavinia. But now an empty pink trestle sits where the lone pot plant once stood. Peg also used her homegrown marijuana to make tea and “wonderful salves” she uses topically.

Peg, a sprightly woman and talented artist who takes pilates class twice a week, was vacationing in Maine when her pot plant was seized Sept. 21.

But her son, Tim Holcomb, a carpenter, was working in his mother’s barn that day. He was eating a late lunch when he heard a helicopter “buzzing really low.”

“It was so low that the house was shaking,” Holcomb said.

A military-looking helicopter — which turned out to be a National Guard chopper — circled his mother’s house three times. He said he saw two men on board aiming an instrument at the property. Ten minutes later, four or five vehicles pulled up.

One of the plainclothes troopers approached him brandishing a badge.

“Did you know that there’s a marijuana plant growing on the property?” Holcomb recalled the trooper asking.

Tim Holcomb told him it wasn’t his property and asked the trooper if he had a warrant.

“No,” the trooper said. “Are you escalating? Because if you need a warrant we’ll go get one.”

Peg’s son decided the wiser course was to let the lawmen cut down the plant and throw it into the back of their pickup truck filled with other pot plants.

“That’s a clear violation of my mother’s rights to privacy,” he said.

When Peg returned home a few days later, she learned the plant she had nursed through the summer — “careful not to use too much water because of the drought” — had been confiscated.

“This kind of thing can’t happen,” said Peg, who was not criminally charged. “It smacks of police state and fascism.”

Peg plans to vote yes on ballot Question 4 to legalize recreational marijuana. She also intends to grow another marijuana plant, though she’ll have to wait until next summer.

Asked if she still has any pot on hand to ward off her glaucoma, Peg said, “I think I’ll plead the Fifth Amendment on that one.”