Nine months after he talked with a reporter to expose wasteful spending and mismanagement in the California National Guard, Maj.... 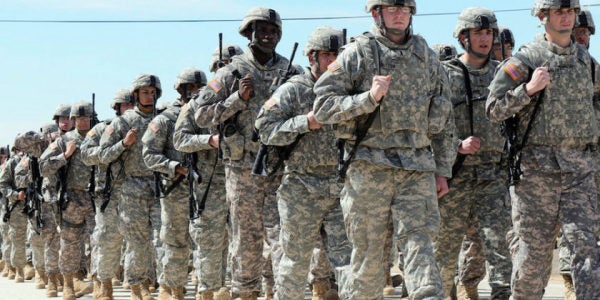 Nine months after he talked with a reporter to expose wasteful spending and mismanagement in the California National Guard, Maj. Joseph Lovelace abruptly received three unexpected performance reviews filled with what he viewed as false praise.

“With strong mentorship” and “supervision,” he was capable of making good decisions, one review read. He could succeed at a higher rank, it said, “with continued mentorship.”

The polite phrases carried an underlying message that senior Army officers recognize as career-killing language: Lovelace’s command did not want him to move to a higher rank, and without a promotion, the Iraq veteran would be compelled to retire.

Now out of the Army, Lovelace is still fighting to overturn the three performance reviews he received in a three-week cluster five years ago. By holding back his career by impeding his promotion to lieutenant colonel, he argues, the reviews effectively trimmed his lifetime earnings because he would have earned more money in retirement at the higher rank.

An Army investigation concluded in 2014 that the reviews were handled inappropriately, and two of his former supervisors have reported that Lovelace suffered retaliation after he identified himself as a source for Sacramento Bee stories in 2011.

But the reviews stand, and Lovelace is contesting them through a Pentagon agency, saying he was driven out of the National Guard for drawing attention to neglected problems.

“Even if I was as terrible as they thought I was, they still couldn’t have done what they did,” Lovelace, 46, of Paso Robles, told The Bee.

Lovelace, who once was a rising star in the National Guard coming out of 2007 Iraq deployment, was a source for Sacramento Bee stories that exposed illegal retention bonuses the National Guard handed to tens of thousands of citizen soldiers.

Lovelace also called public attention to severely dilapidated conditions at Camp Roberts, an Army post near Paso Robles, where sewage bubbled up from showers, old buildings decayed and materials bought for repairs were left out in the open until they, too, deteriorated.

The stories led to a shake-up in the California National Guard’s command and prompted changes in an organization that current commander Maj. Gen. David Baldwin at the time said had “lost its focus on the value of selfless service.” They also shaped a law that gave more independence to the California Military Department’s inspector general and enhanced protections for whistleblowers.

The Defense Department does not have a regulation that would prevent troops from sharing unclassified information with the press or any outside investigators. Lovelace was not charged with violating a military policy.

Capt. William Martin, spokesman for the California National Guard, said in a written statement that Lovelace received a fair review and an opportunity to succeed after his Camp Roberts assignment.

“More than six years ago, the Military Department took decisive action on behalf of Maj. Lovelace. Our inquiry determined areas where the then-leadership of Camp Roberts could improve, and they did so,” he said. “Subsequently, Maj. Lovelace was assigned to several other key assignments and ultimately retired from active service in 2015.”

Lovelace said he was punished in a subtle manner, first in a conversation with his then-commander, who told him he would not be promoted under her watch, and then with the batch of reviews that practically made sure of it, according to documents from the Army investigation into his performance reviews that he released to The Bee.

His former commander, now retired Col. Barbara Nuismer, stood by the reviews when she spoke with an Army investigator in 2013. She said they were shaped by Lovelace’s failure to accomplish a key project, his tardiness for certain functions and a temper he revealed when he was challenged.

In 2013, she told the Army investigator that her comments in the reviews – the ones that emphasized that Lovelace needed “supervision” and “mentorship” – were not meant to hold him back. “It speaks of his potential for higher rank if his performance improves,” she said at the time.

“I had no malice nor did I retaliate against Maj. Lovelace for his public declaration to the news media,” she told the investigator.

But that is not how the officers around her and Lovelace perceived their interactions after the commander learned that Lovelace spoke with The Bee.

Two of her subordinates told Army investigators she prodded them to put criticism of Lovelace in writing. One of the two, now retired Lt. Col. Marcus Tiggs, told the investigator that he felt Nuismer “influenced” him in such a way that he included unwarranted derogatory information in one of Lovelace’s reviews.

Lovelace “was a target, and he remained a target” after The Bee’s stories, Tiggs said.

Nuismer “had it out for” Lovelace, Lt. Col. George Leone, another one of Lovelace’s reviewers, told the Army investigator.

Lovelace said his trouble started shortly after The Bee’s story on deteriorating conditions at Camp Roberts was published in March 2011, when soldiers began hunting for the whistleblower who brought a reporter and photographer on base for the story. Lovelace identified himself as the source rather than let suspicion fall on a sergeant who did not speak with The Bee but was named in the story.

“There was no way in hell I was going to let him go down for it,” Lovelace said.

On April 2, 2011, Nuismer called him to her office for a closed-door meeting, according to a memo Lovelace wrote and signed that day. By his account, she said, “this whole article was caused by you. All of the articles were caused by you. You caused this firestorm.”

Lovelace wrote that Nuismer told him he would not be promoted under her command, and that other senior leaders would not want him on their staffs because he was not trustworthy.

On April 3, Tiggs disciplined Lovelace for being late to their unit’s morning formation.

Tiggs later told an Army investigator that he did not want to write the reprimand because Lovelace had called Tiggs ahead of time to tell him that Lovelace would be late. Nuismer compelled Tiggs to discipline Lovelace.

One was an overall criticism of his performance, noting he was not moving fast enough to update a comprehensive plan for the camp’s shooting ranges.

The other chided Lovelace for not waiting long enough outside Nuismer’s office on July 27 when, as she later acknowledged, she was 45 minutes late for an appointment they had scheduled.

“You are expected to be at your place of duty at the appointed time and your failure to be at my office at the appointed time or alternatively to inform me why is unacceptable. This requirement is not negotiable and I expect you as an officer to set the example for our soldiers. You continue to put your desires and priorities ahead of this command’s missions and this will not be tolerated in the future,” Nuismer wrote in the reprimand.

Nuismer told The Bee last week that Lovelace had a number of performance problems that she wanted documented regardless of the story on Camp Roberts. When she told Lovelace he would not be promoted, she said, she was referring to his failure to advocate for his subordinates. He should have been speaking up more often to improve conditions on post, she said.

“There’s a pattern,” said Nuismer, now retired. “Each one of those things (in the counseling memos) had significant consequences.”

In late December 2011, Lovelace suddenly received the first of three performance evaluations that would be handed to him over three weeks.

Army officers told The Bee that soldiers occasionally can receive a burst of performance reviews – particularly if one is late – but those instances are rare. Normally, officers receive them once a year, or at the conclusion of an assignment.

One review, by Tiggs, was 10 months late. Another, by Leone, covered five months between March and August of 2011. The last and most critical, by Lt. Col. Robert Wooldridge, was for August through November of 2011.

“Maj. Lovelace’s inconsistent duty performance ranged between good and acceptable, depending on the day and the task,” wrote Wooldridge.

Lovelace appealed the stacked evaluations a year after he received them, arguing they misrepresented his service and lacked objectivity.

By Army regulation, officers are supposed to have an opportunity to rebut criticism in their performance evaluations. Lovelace was not granted that right.

“I think the remarks and errors were intentional and motivated out of retaliation, personal bias and other factors unrelated to my performance with the specific intent of harming my future career as an Army officer,” he wrote in a Jan. 15, 2013 memo requesting an investigation into the reviews.

The final National Guard report on Lovelace’s performance was finished in May 2014. The report took a meandering path because Col. Saul Rangel, the officer assigned to conduct it, turned in a report without key interviews in July 2013. He was ordered to go back to primary sources.

Rangel concluded that Lovelace was denied “due process” because he was not allowed to rebut criticism in his reviews before they were placed in his record.

However, based on his interviews, Rangel wrote that he did not believe there was enough evidence to say the reviews were a form of retaliation. Rather, he believed they reflected strained relationships in Nuismer’s command.

Maj. Gen. Lawrence Haskins, who reviewed Rangel’s report, also declined to strike the performance reviews. Although the investigation uncovered evidence suggesting the command at Camp Roberts had a bias against Lovelace, Haskins wrote that there was “a factual basis” for the criticism Lovelace received.

“I do not find sufficient evidence to conclude (Nuismer) or (the lieutenants colonel) abused the process, rendered unsubstantiated comments out of personal bias or engaged in reprisal or retaliation,” Haskins wrote.

Lovelace retired from the National Guard in July 2015 and has been trying to launch a small business. He receives an Army pension based on his 24-year military career and his rank as a major. Today, he’s also appealing the 2012 performance reviews through an Army agency that can change or correct military records.

In his initial request for an investigation into his performance reviews, Lovelace argued that the attention he helped bring to Camp Roberts strengthened the National Guard’s hand in arguing for a bigger budget and improvements. If he could go back in time, he said he’d make the same choice again to blow the whistle on its disrepair.

“It was the right thing to do,” he said.