An Oregon Army National Guardsman is being disciplined for posting “they're lucky we aren't executing them” on a viral Facebook fundraiser for... 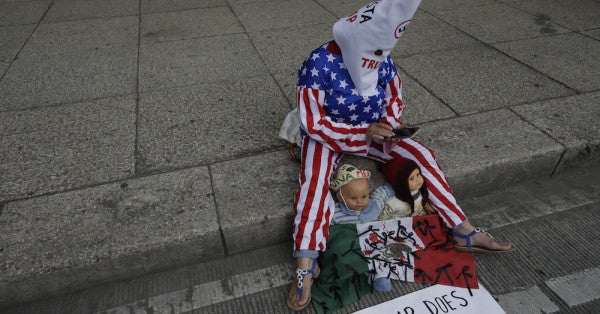 An Oregon Army National Guardsman is being disciplined for posting “they're lucky we aren't executing them” on a viral Facebook fundraiser for immigrant families separated at the U.S.-Mexico border.

Gerod Martin, a military police officer who has been part of the Guard since December 2013, commented on the social media campaign sometime Wednesday, said Maj. Stephen Bomar, a spokesman for the Oregon Military Department. The Oregon National Guard became aware of the post sometime after, when others noticed Martin dressed in military uniform in his avatar and cover photo, and informed the agency.

“Waste of money….” Martin wrote in the comments for “Reunite an immigrant parent with their child,” which has raised more than $17.5 million from over 462,000 donors since started by a California couple Saturday. “They're lucky we aren't executing them.” The money is intended for the Refugee and Immigrant Center for Education and Legal Services.

Bomar confirmed Martin, 21, admitted to posting the comment. He wouldn't elaborate on what discipline Martin will face but said the “large outcry” from the post spread to members of Martin's outpost.

“This is a horrible thing that he posted, we all know that,” Bomar said. “It's unacceptable, horrific and doesn't reflect the values of our organization as a whole.”

Martin has apparently scrubbed his Facebook page. Screenshots of his comment and his Facebook page with him in uniform have been distributed on social media. In it, Martin identified himself as living in Salem and “just a young buck serving his country.” He could not be reached for comment.

Martin has First Amendment rights like any U.S. citizen and can take part in social media, Bomar said, but he violated the social media policies of the national guard, the Army and the Department of Defense with his comment.

“You can't endorse any sort of political action while in uniform,” Bomar said. “You always have to think before you post. Sometimes you can get caught up in the moment, but it's not an excuse.”