A National Guardsman tried to rape a female colleague at a West Texas motel this week, authorities say. Police in... 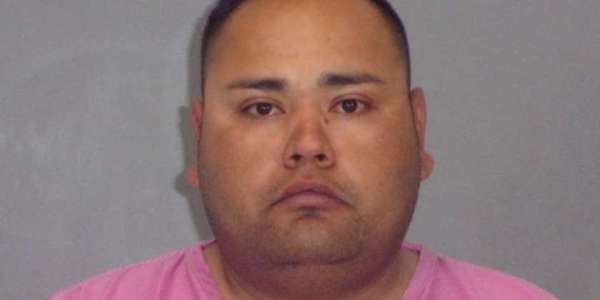 A National Guardsman tried to rape a female colleague at a West Texas motel this week, authorities say.

Police in Alpine, about 70 miles from the border with Mexico, arrested Luis Carlos Ontiveros, 30, on a charge of sexual assault just after 4 a.m. Monday.

According to an arrest-warrant affidavit obtained by KOSA-TV, officers were called to America's Best Value Inn on the east side of town, where a woman reported that Ontiveros sexually assaulted her.

The woman told an officer that she and several other people had been drinking in a hotel room. When she threw up, Ontiveros offered to accompany her back to her room, she said.

Once she got in bed, the affidavit says, Ontiveros told her that if she “did not wake up he was going to kiss her,” then took off her clothes and touched her “inappropriately.”

The woman, still nude, ran to a neighboring hotel room and pounded on the door, telling the occupant that Ontiveros had tried to rape her, KOSA reported.

The woman also is a member of the National Guard, authorities said.

A spokeswoman for the Texas Military Department, which comprises the Texas Air National Guard, Texas Army National Guard and Texas State Guard, said the agency would be investigating.

“We are taking these allegations very seriously and will be opening up an inquiry into what happened,” Laura L. Lopez told The Daily Beast.

Ontiveros was released from the Brewster County jail on $20,000 bond Tuesday.

About 2,100 members of the National Guard were deployed to areas near the border in Texas, Arizona, California and New Mexico earlier this year to help with what President Donald Trump called a “crisis” of immigrants seeking to cross into the United States. The roughly 1,000 Guard members in Texas are unarmed and provide support to the Border Patrol, the Military Times reported.