NATO fears Russian GPS jamming during a conflict in Europe. The Army might have a solution 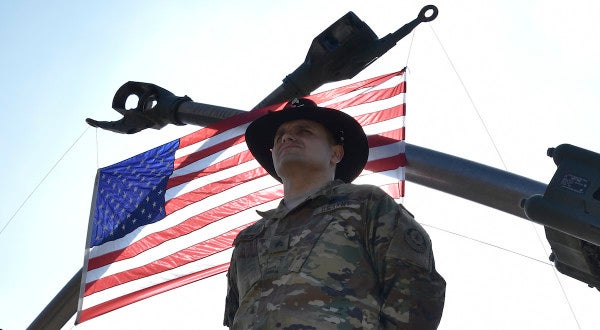 The Army is planning to test jam-resistant GPS systems in Europe as a potential step toward countering Russian electronic warfare.

The Army's 2nd Cavalry Regiment in Germany should get the new jam-resistant GPS by the end of 2019, Breaking Defense reported.

The moves come after several efforts by Russia to disrupt GPS in Europe.

“Norway's defense intelligence agency said it tracked the source of the signal-jamming to a Russian military base on the nearby, heavily fortified Kola Peninsula. Finland's military intelligence said Norway's analysis mirrors its own investigations and evaluations.”

In late 2018 Finland and Norway both lodged complaints with Russia over the disruptions. “Defense and civil aviation chiefs in Finland and Norway warned that the GPS jamming posed a serious risk to both military and commercial aircraft using the affected airspace in the High North,” Defense News noted.

“Russia asked (us) to give proof. We gave them the proof,” Norwegian defense minister Frank Bakke-Jensen told Arctic Today. The proof consisted of measurements showing signals had been jammed.

“Russia said, 'Thank you, we will come back when our experts review that,'” Bakke-Jensen said. “To have such an answer from Russia is a positive thing,” he said.

Bakke-Jensen implied the jamming was intentional. “They were exercising very close to the border and they knew this will affect areas on the other side,” Bakke-Jensen said of the Russians. “To be a neighbor of Russia you need to be patient.”

The Army is moving fast to develop navigation systems that feature jam-resistant GPS, or require no GPS at all. “The service further is already evaluating proposals for an upgraded second-generation version that will include an Inertial Navigation System as a fallback for times when GPS is completely unreachable,” Breaking Defense reporter Sydney Freedberg, Jr. wrote.

The 2nd ACR's 300 Strykers represent the only mechanized American forces permanently in Europe. The Army's 173rd Airborne Brigade also is based in Europe. The service temporarily deploys one armored brigade at a time to the continent, each on a nine-month rotation. A typical armored brigade has around 90 M-1 tanks and 130 M-2 fighting vehicles plus around 18 M-109 self-propelled howitzers.

“Giving 2nd Cavalry a crack at the new equipment not only fills an urgent operational need … it also gives the program rapid feedback on what works and what doesn't,” Freedberg noted.