'Scott has resigned as a local board member locally and nationally.' 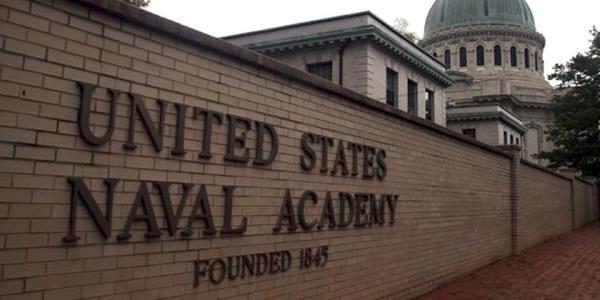 A seemingly quiet Friday night on the couch between a now-former Naval Academy Alumni Association Board of Trustees member and his wife went awry when a private conversation was broadcast to hundreds.

While Scott Bethmann, 63, and his wife, Nancy, were watching the news, they started discussing the Black Lives Matter movement, making racist comments and using slurs including the N-word in a video that was accidentally streamed on Facebook Live.

Now, locals are calling for action, and he's resigned from his position with the Naval Academy Alumni Association on national and local levels, where he also served as the local chapter's treasurer. Bethmann also serves on the Atlantic Beach Country Club board.

“Somehow I clicked onto some live event,” Scott Bethmann can be heard saying in the now-viral video.

In video reviewed by the Times-Union, Bethmann can be heard talking about how large companies including Citi Bank are coming out with statements denouncing racism and showing solidarity to the Black Lives Matter movement.

“I've got the emails about how we're supporting and we need to fix this problem, f— you,” he said in the video. “So all the white people have to say something nice to the black b—- that works in the office. But the black b—- don't get fired. It's bulls—. Management's going to fire the white people.”

At one point, Nancy refers to the black community and the “f—ing Asians” and Scott uses the n-word.

The pair also discussed how minority groups, particularly women, in the military were going to “steal our intellectual property.”

By the end of the 33-minute accidental stream, which mostly shows a black screen, the video shows Bethmann realizing he's live and pointing the camera at his cream colored couch. He starts reading the comments aloud and asks “What are they talking about?” before muttering “Oops,” and cutting the feed.

Today, his Facebook page has been taken down entirely.

Atlantic Beach and Jacksonville residents were quick to take screen recordings of the video Friday night before Bethmann's page was scrubbed. Those recordings have been posted and shared across social media platforms and were re-posted multiple times in the Atlantic Beach community Facebook group — though comments show group administrators have been taking the threads down.

Commenters wondered if Bethmann's apparent bias might have affected Naval recruit's promotions or career trajectories in the past.

Cronic confirmed Bethmann was also disenrolled as a member of the alumni association.

“These attributed statements do not represent the mission and values of the Alumni Association, the Naval Academy or the U.S. Navy,” Retired Admiral Samuel J. Locklear III said in a statement. “As volunteer leaders in our communities, we must be inspirations and examples for all citizens. As Chairman of our Alumni Association, I have accepted the resignation of this alumnus effective today, and asked the Jacksonville, FL, chapter to take appropriate action to appoint a new Chapter Trustee.”

Locklear went on to say that the alumni association represents “more than 65,000 individuals from diverse backgrounds and perspectives.”

“We support the Naval Academy mission. As alumni, we seek to uphold the Naval Academy core leadership values of honor, courage and commitment,” he added. “As an alumni organization, we seek to be an inspiration for all young people who want to become future Navy and Marine Corps officers. We will continue to honor that inspirational role. We are all in this together. We must face the challenges of today and all future challenges of tomorrow…together.”

As of publication time, the Atlantic Beach Country Club has not said anything about the incident, and it's unclear if Bethmann is still on the board. Country club general manager Robert Stone could not be reached for comment.

Despite multiple attempts — including one where the phone was answered and immediately hung up — Bethmann could not be reached for comment.