Rep. Dutch Ruppersberger is calling for the removal of two building names at the Naval Academy, citing links to the Confederacy. 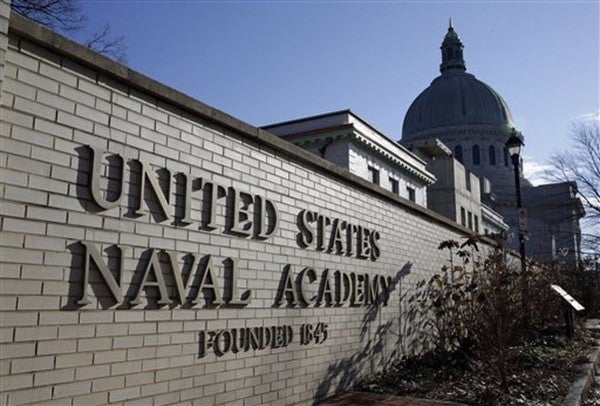 Rep. Dutch Ruppersberger (D-Maryland) is calling for the removal of two building names at the Naval Academy, citing links to the Confederacy.

Ruppersberger, who was recently elected as chair of the Naval Academy’s Board of Visitors, is specifically referencing Buchanan House, which is home to the superintendent, and Maury Hall.

Both buildings are named after naval officers who served in the Confederacy. Buchanan House is named for Franklin Buchanan, the first superintendent of the Naval Academy before joining the Confederate Navy at the beginning of the Civil War, according to a press release from Ruppersberger’s office. Maury Hall is named after Confederate fighter Matthew Fontaine Maury.

“This isn’t about erasing history,” Ruppersberger said in the release. “We simply shouldn’t lift up traitors who fought against American values like equality and tolerance.”

This is not the first time discussion about removing the names has been brought up. The Board of Visitors has discussed it since 2017.

“As the new Chairman, the time for discussion is over,” he said in the release. “It’s time for action. Midshipmen who have earned the privilege to study in one of our nation’s most prestigious institutions should not have to walk around campus and see buildings named for men who fought to uphold slavery and promote white supremacy.”

Ruppersberger’s call for the removal of names follows a call from his colleague, U.S. Rep. Anthony Brown, D-Maryland, for forts named after Confederate soldiers and leaders to be renamed. While Department of Defense leaders have indicated they are open to renaming them, President Donald Trump sent out three tweets declaring he would not rename the forts.