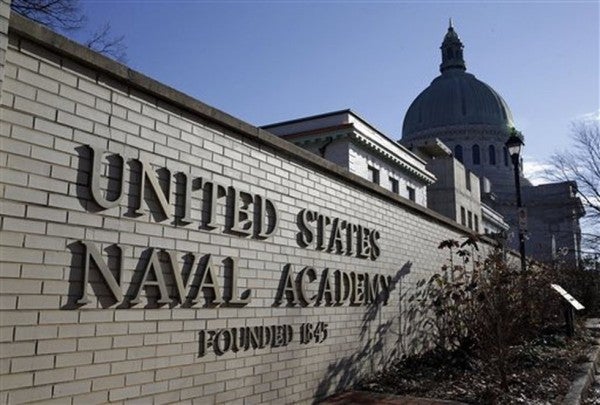 The Naval Academy has initiated an investigation into racist tweets made by an account identified as a midshipman 1st class.

Members of the Naval Academy community, and others outside of it, began sharing screenshots Monday of racist tweets made from an account identified as belonging to Midshipman 1st Class Chase Standage of California, The Capital reported on Wednesday morning. The tweets, mostly from June, include statements, such as saying Breonna Taylor, who was killed by police, deserved her death.

Other statements also included saying protests that followed the death of George Floyd, who was also killed by police, would end earlier if police shot unarmed protesters.

The account has since been deleted, but Twitter accounts continued to share screenshots of the tweets, with some calling for the Naval Academy to look into the tweets. The Naval Academy learned about the tweets Monday night, said Cmdr. Alana Garas, academy spokeswoman.

The attention to the tweets comes the day after Superintendent Vice Adm. Sean Buck filmed a video condemning racism and saying there was no place for racism, bigotry, sexism or prejudice at the Naval Academy. The video was distributed to the community Monday.

Depending on the results of the investigation, there is a range of potential consequences, Garas said in an email. That includes punitive action under the Uniform Code of Military Justice, as well as dismissal from the academy.

“Midshipmen are expected to abide by the Equal Opportunity and Sexual Harassment Instruction for the Brigade of Midshipmen and are subject to the Midshipman Conduct System,” Garas wrote in the email. “Each case is handled individually.”

Midshipmen who remain in the brigade following a conduct offense or violated the Navy or Naval Academy equal opportunity policies must complete dignity and respect remediation, a program that focuses on moral development. The midshipmen are assigned to the program by the commandant.

Standage did not respond to requests for comments.