A midshipman facing expulsion following an investigation of racist tweets he sent over the summer is suing the Naval Academy claiming it is violating his constitutional rights of free speech and protection from self-incrimination. 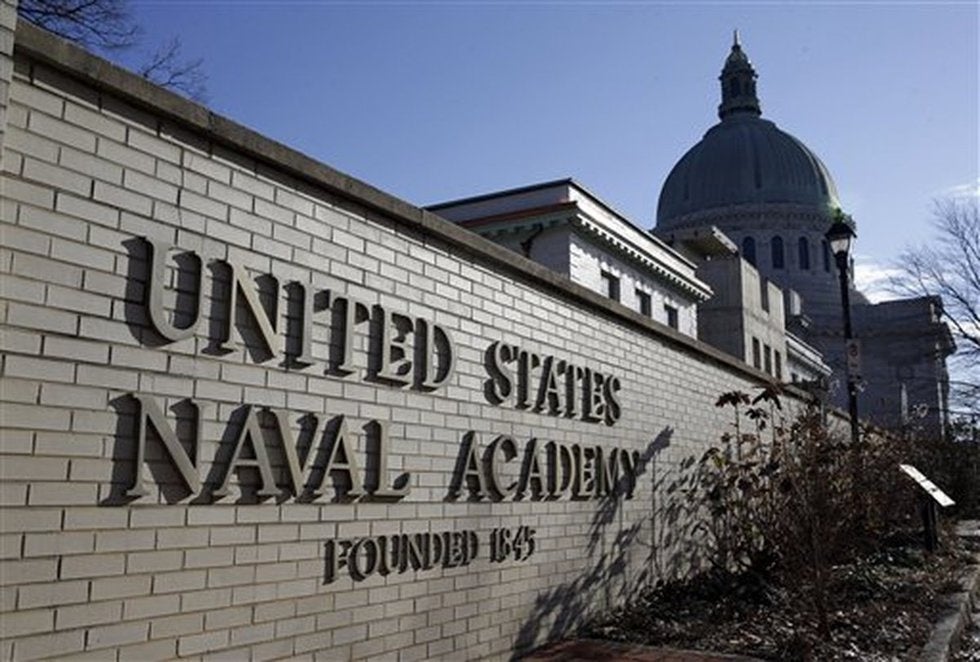 ANNAPOLIS, Md. — A midshipman facing expulsion following an investigation of racist tweets he sent over the summer sued the Naval Academy Wednesday, claiming it is violating his constitutional rights of free speech and protection from self-incrimination.

The Naval Academy opened an investigation into Midshipman 1st Class Chase Standage, 21, after he tweeted several racist statements, including saying Breonna Taylor received justice when police shot her, over the summer.

The investigation ended last week with Standage receiving “appropriate administrative action,” academy spokesperson Cmdr. Alana Garas told The Capital Gazette. Garas said she could not expand on the details of the action or confirm if Standage was still a member of the brigade, citing the Privacy Act.

In his lawsuit, first reported by Courthouse News, the midshipman claims Superintendent Vice Adm. Sean Buck plans to recommend to the secretary of the Navy that Standage be separated from the Naval Academy. It names both Buck and Navy Secretary Kenneth J. Braithwaite. The U.S. attorney’s office will represent the Navy.

“We are aware of the filing; it would be inappropriate for the Naval Academy to comment on pending litigation,” Garas wrote in an email.

The basis of separation is that Standage’s tweets violate the Naval Academy’s policies against political activities and “constituted conduct unbecoming a midshipman,” according to the lawsuit filed in the U.S. District Court for the District of Maryland.

Standage’s attorneys, Crighton Chase and Michael Darrow, argue that the findings violate the First Amendment protection of free speech. They also claim that Standage was not given a fair and impartial hearing, which would violate his Fifth Amendment.

The lawsuit comes as the Naval Academy, and the country, continues to address systemic racism. In September, Buck released comments on racism at the academy, encouraging members to watch a video put together by the Midshipman Diversity Team.

“As I reflect on the past couple of months since the tragic death of George Floyd, I have been encouraged by the Academy’s students, faculty, staff, and alumni who understand the importance of diversity to our mission,” Buck said in his statement. “At the same time, I am not naïve in thinking that bigotry and racism do not exist, to some extent, within our Naval Academy family.”

The academy will be taking steps to better increase diversity and inclusion at the institution, including several discussions and including it in the curriculum for the plebe class. The academy declined to expand on the efforts.

“I believe — as I hope you do — that fostering an environment of dignity and respect here at the Naval Academy is essential to our mission of developing future leaders of character for the Navy and Marine Corps,” Buck wrote. “As the Superintendent, it is my responsibility to ensure that our community is safe, welcoming, and inclusive for all, but I cannot do this alone. It must be a team effort.”

In the lawsuit, Chase and Darrow write that Standage’s tweets were responses to heated exchanges on Twitter. Standage, who lives in California, was at home watching the protests in Los Angeles when he sent his tweets. His parents are both Los Angeles Police Department officers.