The Navy's 6th Fleet, which primarily operates around Europe and Africa, will impose a 14-day quarantine on ships between port calls in Europe in light of growing concerns over the coronavirus 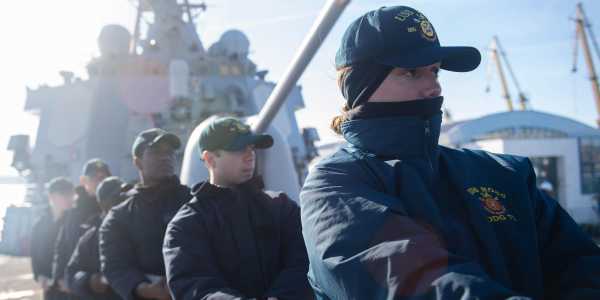 The Navy's 6th Fleet, which primarily operates around Europe and Africa, will impose a 14-day quarantine on ships between port calls in Europe in light of growing concerns over the coronavirus.

Any ship visiting a European port will be required to spend at least 14 days at sea afterward, as first reported by CNN.

“In conjunction with other fleets, we have instituted a 14-day underway period between port visits to allow for crew monitoring,” 6th Fleet spokesman Cmdr. Kyle Raines told CNN.

The new coronavirus has been found in several European countries, including France, Germany, Italy, and the UK. In Italy, over 2,200 people tested positive for the disease and 79 people had died as of Tuesday evening, according to The Washington Post.

The new guidance follows the Navy's directive for its 7th Fleet, which operates in the Asia-Pacific region. That regulation was made last week out of “an abundance of caution,” according to Navy officials.

The U.S. military has taken increased measures to address the spread of the new coronavirus, for which at least one U.S. soldier has tested positive. The 23-year-old male soldier is in self-quarantine at an off-base residence in South Korea, according to U.S. Forces Korea, the command responsible for US operations in the country.

Health officials are investigating whether others were exposed, as the soldier had visited several U.S. bases in the country, including Camps Walker and Carroll.

Army recruits will also be screened for the disease upon arrival at basic training locations throughout the United States.