"Along with the U.S. Naval Forces Central Command and Combined Maritime Forces team, I mourn the loss of an incredible Navy leader, and I miss the camaraderie and wise counsel of my friend." 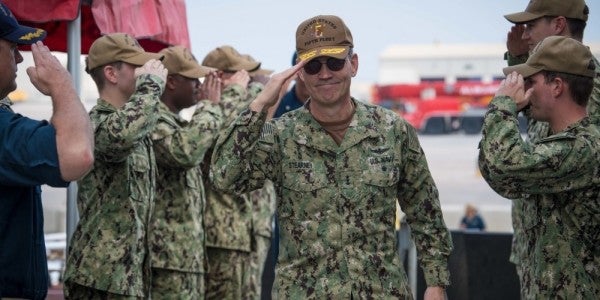 “The timeline of events and witness statements support this conclusion,” the investigation says.

Malloy issued a statement on Tuesday calling Stearney a “superb officer” whom he and many others revered and respected.

“His leadership as the 5th Fleet Commander, and the initiatives that he put in motion enhanced our readiness, expanded partnerships across the region, and set a course for this command that remains our way ahead – we continue to reap the benefits of that leadership and vision,” Malloy said. “Along with the U.S. Naval Forces Central Command and Combined Maritime Forces team, I mourn the loss of an incredible Navy leader, and I miss the camaraderie and wise counsel of my friend.”

“Senior leaders can receive physical and psychological health care while balancing the demands of their compressed schedules and unique operational requirements,” he said.