After decades focused on other regions, the Navy has been increasing its presence in the Arctic as it grows more accessible to economic activity and, in turn, to broader strategic competition with rivals like Russia and China 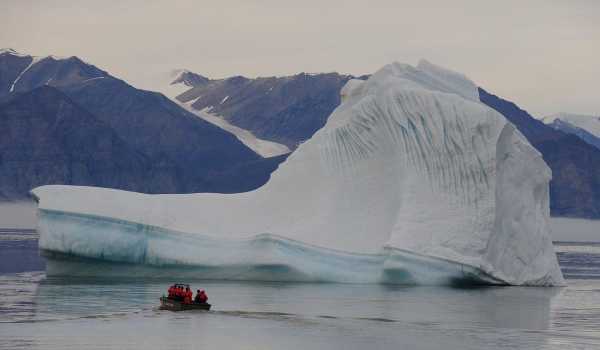 After decades focused on other regions, the Navy has been increasing its presence in the Arctic as it grows more accessible to economic activity and, in turn, to broader strategic competition with rivals like Russia and China.

The latest venture north began Tuesday, when Navy and Coast Guard ships joined Canadian, Danish, and French vessels for the annual Canadian-led exercise Operation Nanook in the waters between Canada and Greenland.

The exercise consists of “basic tactical operating in the higher latitudes,” elements of which are “significantly different than how we operate” elsewhere, Lewis said.

“If you fall in the water where they're going to be operating, you're not going to survive very long unless you have the proper equipment on board, which is something that we have taken off our ships in recent years, and now we've put it back in,” Lewis said.

Other lessons are being relearned, Lewis said, citing the USS Harry S. Truman, which sailed into the Arctic in 2018 — the first such trip by a carrier in decades — with “a bunch of baseball bats to knock ice off the superstructure.”

“You have to have the flexibility and the timing built into your scheme of maneuver … because the weather has a huge impact on your ability to make it through straits or going through a certain chokepoint,” Lewis said.

U.S. Navy guided-missile destroyer USS Thomas Hudner will also do rigid-hull inflatable boat operations as part of the exercise. “It is the first time that we're putting a boat in the water recently in these temperature climates,” Lewis said.

“It's by nature a fairly challenging environment anyway,” Lewis added. “But then you throw the temperature and the potential sea state being higher — that's something we need to kind of take a crawl-walk-run approach to.”

Nanook will have gunnery and other drills, such as tracking vessels of interest. “A lot of it has to do with basic warfare serials … and then basic security tasks and operating together,” Rear Adm. Brian Santarpia said Tuesday.

Santarpia, who commands Canadian naval forces in the Atlantic and Arctic, said it was “great” to get sailors into unfamiliar surroundings.

“Once we put them up there, they're going to solve all the problems on their own,” Santarpia said. “They just have to recognize that there is a challenge and then they tend to get after it.”

'We're going to learn a lot'

The Canadian military has conducted Operation Nanook since 2007, working with local and foreign partners to practice disaster response and maritime security across northern Canada. There will be no operations ashore this year because of COVID-19.

The Canadian ships left Halifax on Tuesday with US Coast Guard medium-endurance cutter Tahoma. They will meet USS Thomas Hudner and sail north to meet French and Danish ships and operate around the Davis Strait, off Greenland's west coast.

“This will be the farthest north that we have deployed this class of cutter, so we're excited to showcase the agility of our fleet,” Vice Adm. Steven Poulin, the Coast Guard's Atlantic Area commander, said Tuesday.

Lewis and Poulin both said Nanook is a chance to practice adapting to challenges in the Arctic, such as communications interference.

“That's one of the reasons we wanted to push this medium endurance cutter so far north. We're going to learn a lot about our own operations” and about “the logistics chain that's required to support our Coast Guard assets that are so far north,” Poulin said.

The Canadian military adjusted Nanook in 2018 to include “everything we did in the Arctic,” Santarpia said. “It demonstrates … to anybody who is interested in the Arctic that Canada knows … how to take care of its own security and sovereignty in that area.”

Santarpia said more activity in the Arctic, facilitated by a warming climate, underscores the need to be present there for strategic reasons as well as emergency response.

“Last year was the warmest year in the Arctic that they've ever had. This year's on pace to be warmer yet. It allows us to operate [there] for a little bit longer,” Santarpia said, adding that Canada's navy didn't “have any [Arctic] ability until just Friday, when the very first Canadian Arctic offshore patrol ship was delivered.”

That ship, HMCS Harry DeWolf, arrived two years late, but five more are to be delivered to Canada's navy and two to its coast guard in the coming years.

“Next year, it'll be part of the of the exercise, and that vessel can operate actually in the first-year ice that's a meter thick,” Santarpia said. But until then the Canadian navy “is limited to where the ice is not pack ice.”

As those waters become navigable for longer periods, “we will slowly be able to spend more time in the north,” Santarpia added. “As the new capability comes online … we'll be up there for the majority of year eventually.”