Navy aircraft were sidelined as they awaited parts last year that the service actually had in a warehouse. The problem? They didn't even know the warehouse was there 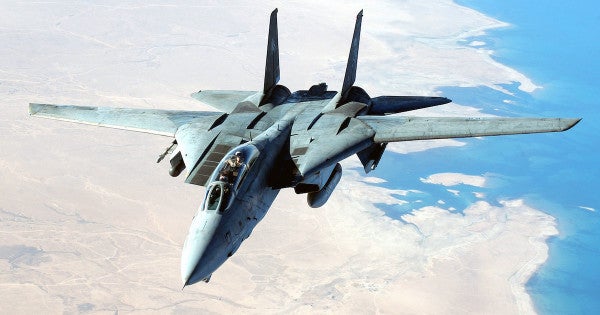 Navy aircraft were sidelined as they awaited parts last year that the service actually had in a warehouse. The problem? They didn't even know the warehouse was there.

“Not only did we not know that the parts existed, we didn't even know the warehouse existed,” Thomas Modly, the Navy's No. 2 civilian said at last week's annual Military Reporters and Editors conference.

The issue was discovered in last year's Navy- and Marine Corps-wide audit, which Modly said has helped the sea services correct some serious problems tracking inventory it owns.

The warehouse in Jacksonville, Florida, auditors found, had about $126 million in aircraft parts for the F-14 Tomcat, P-8 Poseidon and P-3 Orion.

“When they brought those parts into the inventory system, within a couple of weeks there were like $20 million in requisitions on those parts for aircraft that were down because we didn't know we had the parts of the inventory,” Modly said.

Tracking inventory is one of the Navy Department's biggest challenges, he added. The Navy and Marine Corps are undergoing efforts to develop a tracking system to “get better data around inventory,” he said.

“It's billions of dollars and we don't have good accountability on that,” Modly said. “We need to get much better.”

“They had them and they knew they had them, but there was no way to tie them into a system to be able to go audit ,” he said. “We've gone back to them and imposed some standards on them this year so that this next year, when we go through this, we think we've got that solved.”

Had the Navy Department not done an audit, he said “we never would've known that problem.”

The Navy is preparing to release its next audit report in about two weeks.