The U.S. Navy has shed light on a previously highly classified project meant to protect aircraft carriers from the grave and widespread threat of torpedos, and it's been a massive failure 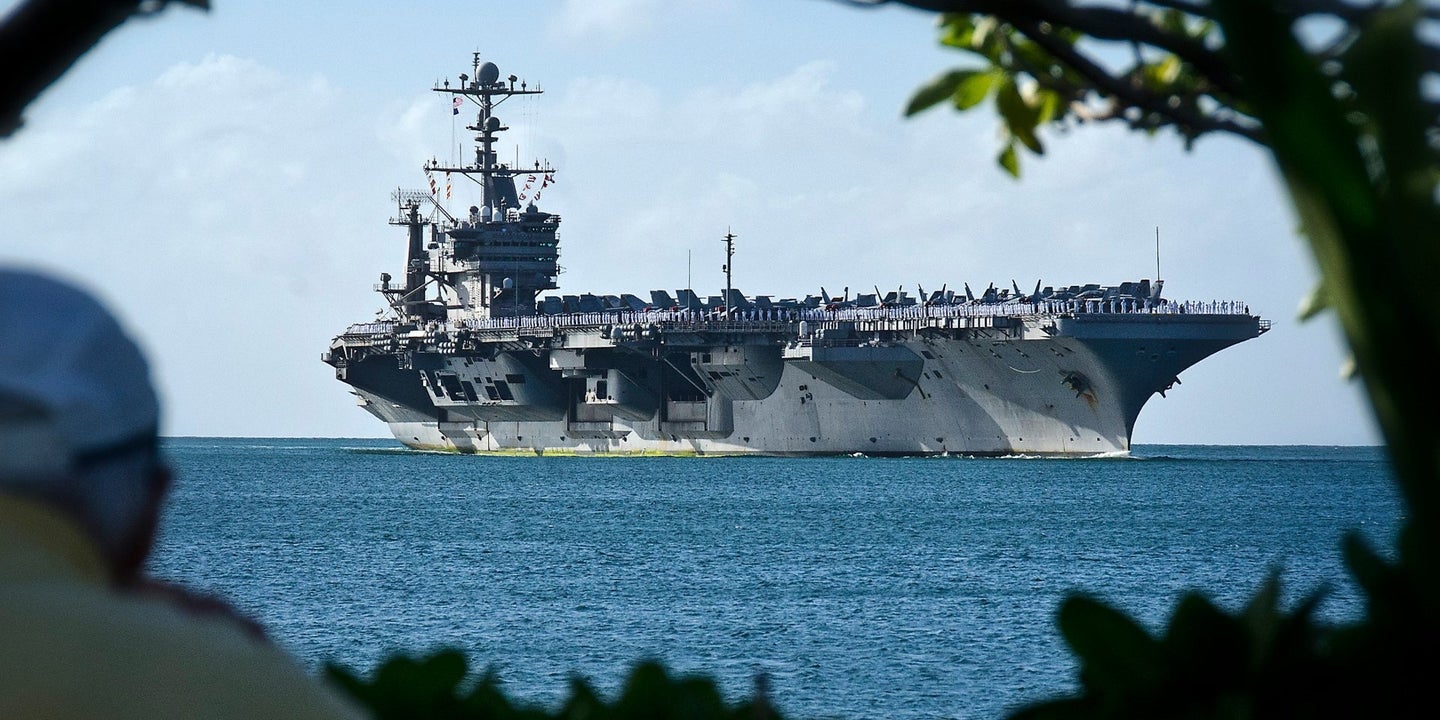 The U.S. Navy has shed light on a previously highly classified project meant to protect aircraft carriers from the grave and widespread threat of torpedos, and it's been a massive failure.

Virtually every navy the U.S. might find itself at war against can field torpedos, or underwater self-propelled bombs that have been sinking warships for more than 100 years.

U.S. Navy aircraft carriers represent technological marvels as they're floating airports driven by nuclear reactions, but after years of secretive tests, the U.S. has given up on a program to meet the threat.

The U.S. Navy has cancelled its Anti-Torpedo Torpedo Defensive System project and will remove the systems from five aircraft carriers that actually have them installed, the Pentagon's Office of the Director of Test and Evaluation revealed in a report on Tuesday.

“In September 2018, the Navy suspended its efforts to develop the system. The Navy plans to restore all carriers to their normal configurations during maintenance availabilities” over the next four years, the report reads.

Essentially, the report says over five years, the program made some process in finding and knocking down incoming torpedos, but not enough. Data on the reliability of the systems remains either too thin or completely nonexistent.

This leaves the U.S. Navy's surface ships with almost no defense against a submarine's primary anti-surface weapon at a time when the service warns that Russia and China's submarine fleet have rapidly grown to pose a major threat to US ships.

The US ignored the threat of torpedos, and now anyone with half a navy has a shot

At the end of the Cold War, the U.S. turned away from anti-submarine warfare towards a fight against surface ships. But now, Russia, China, and Iran reportedly have super-cavitating torpedoes, or torpedos that form a bubble of air around themselves as they jet through the water at hundreds of miles an hour.

The new class of speedy torpedos can't be guided, but can fire straight towards U.S. Navy carriers that have little chance of detecting them.

Torpedoes don't collide directly into a ship, but rather use an explosion to create an air bubble under the ship and potentially bend or break the bow, sinking the ship.

Other Russian torpedos have a range of 12 miles and can zig zag to beat countermeasures when closing in on a ship.

In a combat exercise off the coast of Florida in 2015, a small French nuclear submarine, the Saphir, snuck through multiple rings of carrier-strike-group defenses and scored a simulated kill on the USS Theodore Roosevelt and half its escort ships, Reuters reported. Other US naval exercises have seen even old-fashioned, diesel-electric submarines sinking carriers.

Even unsophisticated foes like North Korea and Iran can field diesel-electric submarines and hide them in the noisy littoral waters along key US Navy transit routes.

The U.S. has spent $760 million on the failed system, The War Zone reported.

The U.S. Navy can deploy “nixies” or noise-making decoys that the ship drags behind it to attract torpedos, but it must detect the incoming torpedoes first.

A U.S. Navy carrier at 40 knots runs just 10 knots slower than a standard torpedo, but with a flight deck full of aircraft and personnel, pulling tight turns to dodge an incoming torpedo presents problems of its own.