Another Jury Deadlocks Over Former CO Charged With Attempted Rape

A jury announced Monday that it could not agree on whether a Navy commander assaulted and tried to rape a... 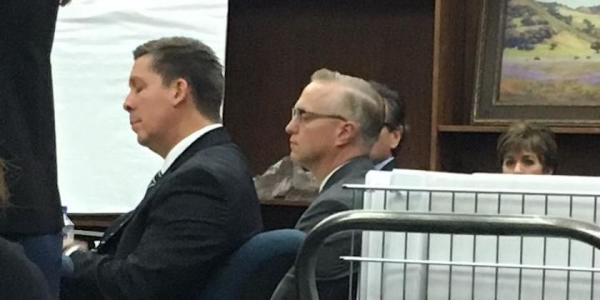 A jury announced Monday that it could not agree on whether a Navy commander assaulted and tried to rape a junior officer in her San Diego home.

Jurors voted 10-2 in favor of convicting John Michael Neuhart II of attempted rape and 7-5 for conviction on a charge of assault with intent to commit rape during a burglary.

They were divided 2-10, with the majority in favor of acquittal, on a charge of resisting or delaying an officer.

It was the second time a Superior Court jury has deadlocked on charges in the case. In December, a different panel voted 11-1 in favor of finding Neuhart guilty of the most serious charges. The judge declared a mistrial.

Neuhart, 41, is accused of forcing his way into the woman’s home, tearing off her jeans and trying to rape her after a night of heavy drinking in downtown San Diego on Sept. 12, 2016. The woman testified that Neuhart didn’t stop his assault until her repeated screams drew the attention of a neighbor.

When the neighbor shouted into the residence that he had a gun, Neuhart ran out a back door and into a canyon where he fell and broke his leg. Police officers weren’t far behind, and arrested Neuhart soon after.

The Navy commander, however, said that the woman, who had been under his command in Guam, had given him permission to come to her home and have sex.

The two had repeatedly hugged and kissed each other earlier in the night, according to surveillance footage from a hotel they visited and testimony from a hired SUV driver that took them to the woman’s apartment.

The driver also said, however, that the woman also yelled “stop!” several times at the defendant.

Neuhart, who has since been suspended from his command, said when they arrived at the woman’s residence, she took her own pants off and that he never touched her private parts.

He also said that he believed the aggressive foreplay, although bizarre, was consensual. He said the woman told him earlier in the night that if she said “no” to him, she meant “yes.”

At one point during the encounter, Neuhart started recording with his cellphone, which was set up to face the back door of the woman’s house.

In the video, the woman can be heard repeatedly screaming at Neuhart to leave and to stop pounding on the door. Soon after, she lets him in. She can then be heard saying, “Why would you want a woman who doesn’t want you?”

Neuhart said he recorded the video in case she claimed he raped her.