The Navy on Monday announced a $10.3 billion contract that includes funding plans for the next-generation ballistic submarine Columbia designed and built by General Dynamics Electric Boat 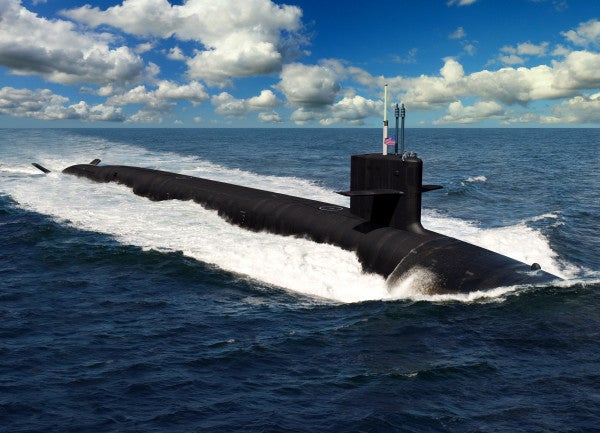 The Navy on Monday announced a $10.3 billion contract that includes funding plans for the next-generation ballistic submarine Columbia designed and built by General Dynamics Electric Boat.

The award is tied to a contract for production of the first two Columbia-class submarines set to begin next year and 2024.

“I think the prognosis is excellent,” he said of the prospects for congressional approval.

“Today’s announcement means ‘Game on’ for this exciting and transformational project that will shape our region’s economy for the next two decades,” he said.

The replacement of the Navy’s sea-based strategic deterrent comes “only once every other generation, and this work is already fueling unprecedented growth in the workforce in Groton and transformation of the shipyard,” he said.

Kevin Graney, president of Electric Boat, said Columbia’s design is “more advanced than that of any previous submarine program.”

The Navy, which has identified the Columbia as a top priority program, wants to take the first Columbia-class boat in 2021.

The Columbia class submarine, which is designed with a 42 year service life, is 2-1/2 times the size of Virginia-class submarines being built at the Groton shipyard and the largest submarine ever built by the U.S.

President Donald Trump has proposed cutting one Virginia-class submarine from production. Courtney said the House is restoring funding and the Senate version partially restores money for the sub. Workers at Electric Boat are building 58 Virginia class submarines through 2034.

As the plans for Columbia developed, the engineering workforce at Electric Boat has grown, filling what previously was a Pfizer Inc. building with thousands of employees designing the Columbia.

The increased pace of submarine construction, and the retirements of baby boomers, will require Electric Boat to fill thousands of jobs. As many as 18,000 employees will be hired in the next 10 years and the number is expected to peak at 20,000 by 2030.