The crash occurred aboard the USS Carl Vinson on Monday 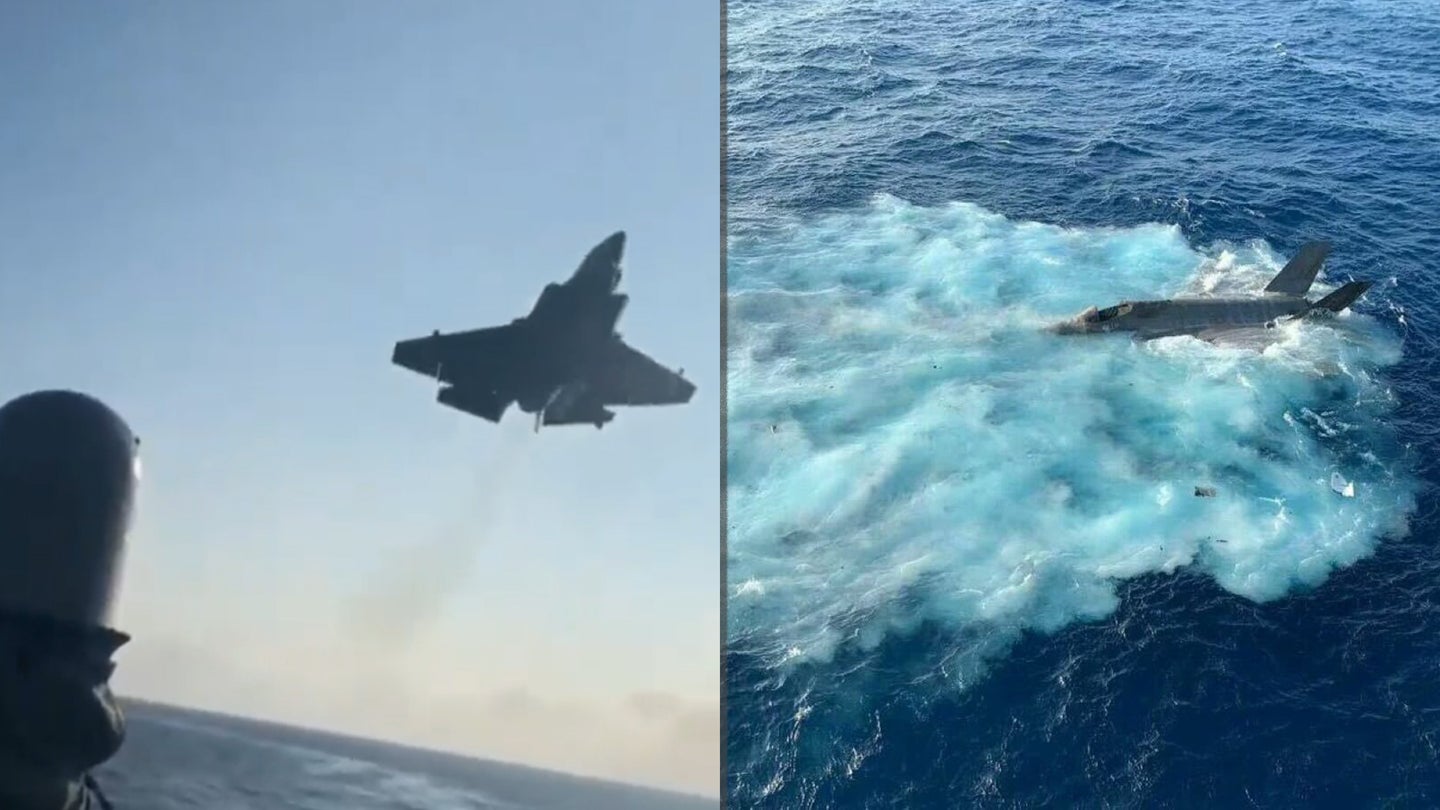 The Navy has confirmed that a recent viral video and photo showing an F-35 moments before, and after, it descended into the South China Sea are real.
SHARE

A video showing the moments leading up to the crash of an F-35C Joint Strike Fighter that occured aboard the USS Carl Vinson on Monday is now circulating online.

The Navy also confirmed that a photo showing an canopyless F-35 bobbing in the water which had begun circulating shortly before the video was also related to the crash.

In the 18-second video, which was shared on multiple social media platforms, the F-35 can be seen at low altitude, on landing approach towards the aircraft carrier. As the F-35 passes overhead it can be heard accelerating, and as the video cuts out the screen fills with smoke and what appears to be the sound of a crash can be heard.

On Monday, the Navy had said that the aircraft had suffered a “landing mishap” while conducting routine flight operations in the South China Sea.  A Navy official confirmed to Task & Purpose that the video was taken aboard the USS Carl Vinson during the crash.

“There is an ongoing investigation of the accident,” said Cmdr. Hayley Sims, a spokeswoman for the Navy’s 7th Fleet.

Seven sailors were injured in the crash, including the pilot who ejected and was recovered by helicopter. Three were evacuated to a treatment facility in Manilla, Philippines, and all are now in stable condition or have been released.

The aircraft aboard the USS Carl Vinson are part of Strike Fighter Squadron (VFA) 147, based at Naval Air Station Lemoore, California. This is the ship’s first deployment with the F-35, where it is conducting operations along with the USS Abraham Lincoln, in the often contested waters of the South China Sea.

The Navy is currently working to salvage the F-35, although the timeline for that remains unclear.

“We are taking appropriate planning actions to salvage our aircraft and recover in a timely manner as we have done in the past,” said a Navy spokesman on Wednesday.