Rep. Duncan Hunter sent a letter to President Donald Trump last week to draw attention to the plight of Edward R. Gallagher, a Navy SEAL being held in a Miramar brig on charges of premeditated murder and shooting civilians during a 2017 Iraq deployment 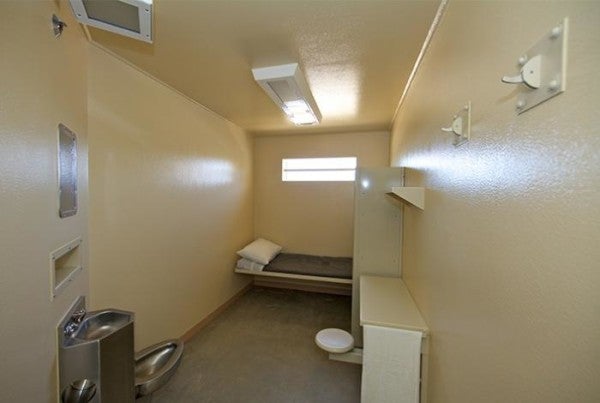 Navy Personnel Command — which oversees the Navy brigs where military prisoners are held — has pushed back against a congressman’s claims that a SEAL charged with multiple war crimes is being held in “irregularly harsh” conditions.

Rep. Duncan Hunter sent a letter to President Donald Trump last week to draw attention to the plight of Edward R. Gallagher, a Navy SEAL being held in a Miramar brig on charges of premeditated murder and shooting civilians during a 2017 Iraq deployment.

Gallagher is undergoing a general court martial in San Diego. The trial phase is scheduled to begin Feb. 19.

Hunter, who had weighed in during Gallagher’s arraignment the week prior, met with the SEAL on Jan. 7 for up to an hour.

In his letter to Trump, Hunter said that conditions in the brig were not appropriate for an American war hero with 19 years of service. Hunter said, for example, that Gallagher’s children were forced to wear hospital gowns during brig visits “so that they may not ‘bring unwanted attention from’ any of the other inmates.”

In a lengthy statement in response to questions from The San Diego Union-Tribune about the issues raised by Hunter, Cmdr. Karin Burzynski, a spokeswoman for Navy Personnel Command, said Navy Consolidated Brig Miramar was only following regulations.

“For all of the claims (Hunter) raised, the brig is in compliance with all directives, regulations, policies and national standards,” Burzynski said in an email.

Among those regulations, she said, was a visitor dress code.

“All Naval Consolidated Brigs have visitation clothing requirements, which are derived from Navy uniform regulations and the host installation civilian clothes policy,” she said.

Burzynski said “hospital gown-like smocks” are offered at the brig so that visitors can proceed with their scheduled visits “while conforming to the civilian attire policy.”

“Records are not required or kept of visitors who arrive in inappropriate attire and are offered a smock,” she said. “However, it is believed that during one visit, SOC Gallagher’s 9-year old son was asked to wear a smock over his tank-top, which he did without incident.”

Another charge levied by Hunter was that the only rooms in which Gallagher could speak to his lawyers “allegedly have cameras, guards and most likely microphones.”

“There are no cameras or listening devices in the attorney-client rooms,” she said.

She did say, however, that visits might be observed by a correctional specialist outside the room through a glass view port in the door.

“This provides a measure of safety for all individuals and ensures no passing of contraband or other illicit activity,” Burzynski said. “At no time during a legal or official visit will acoustical privacy be violated.”

Gallagher’s motion to be released from pretrial confinement was denied Thursday by Capt. Aaron Rugh, the Navy judge overseeing the court martial.