The U.S. Navy has given ships operating in the Pacific new port-call guidance amid concerns over the coronavirus 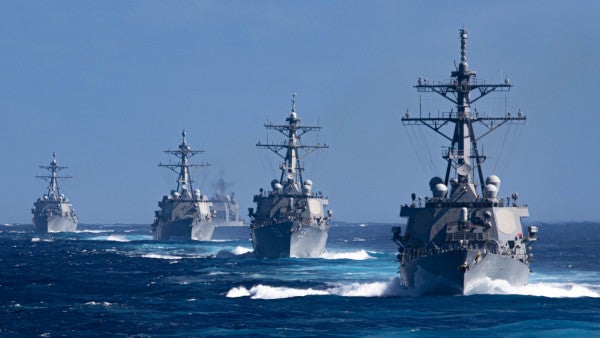 The U.S. Navy has given ships operating in the Pacific new port-call guidance amid concerns over the coronavirus.

All Navy vessels operating in the 7th Fleet, which oversees operations in the Asia-Pacific region, have been instructed to remain at sea for at least 14 days after stopping in any country in the Pacific before pulling into port elsewhere, US Pacific Fleet told Insider Thursday.

The move is being taken out of “an abundance of caution,” a Pacific Fleet spokesman said.

The novel coronavirus, a severe respiratory illness that originated in Wuhan, China, late last year, has an incubation period of up to 14 days, during which time the infected may be asymptomatic.

A U.S. Navy spokesperson told CNN's Ryan Browne, who first reported the news on Twitter, that while “there are no indications that any US Navy personnel have contracted Coronavirus Disease 2019 (COVID-19)” at this time, Pacific Fleet “is implementing additional mitigations to prevent Sailors from contracting COVID-19.”

The US military has already taken several drastic measures in response to the coronavirus, which has infected over 80,000 people in at least 40 countries and killed nearly 2,800 people, with the vast majority of cases and deaths in China. The majority of these measures have been taken in South Korea, home to more than 28,000 US troops and the first US service member to test positive for the virus.

The US Navy's 7th Fleet, which is headquartered in Japan, where about 50,000 US troops are stationed, has started screening everyone accessing the fleet's warships and aircraft, Stars and Stripes reported on Monday.