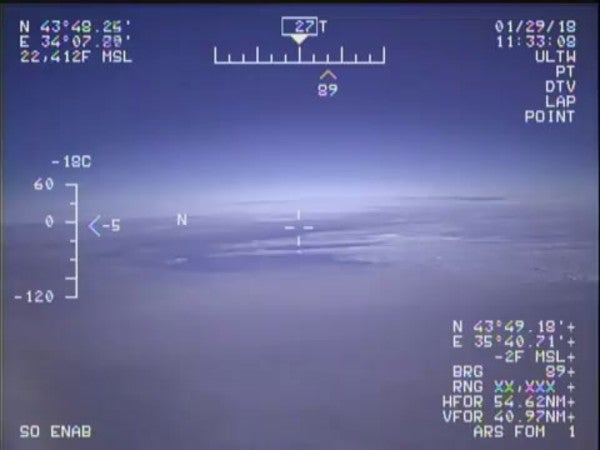 A Navy doomsday aircraft that would play a vital communication role in the event of a nuclear war had one of its four engines replaced this month after it struck a bird at a Maryland air station.

An E-6B Mercury, a nuclear command-and-control plane, hit the bird at Naval Air Station Patuxent River on Oct. 2. The aircraft, which belongs to Air Test and Evaluation Squadron Twenty, was landing on a runway while conducting a touch-and-go, said Tim Boulay, a spokesman for Naval Air Warfare Center Aircraft Division.

Touch-and-go landings are a routine part of aviators' training in which they land and take off again without stopping.

Boulay said the aircraft landed safely after the bird strike around 3:12 p.m. There were no injuries reported.

“The engine has been replaced, and the aircraft has been returned to service,” he said.

He declined to answer several other questions about the incident, including how many people were on board and what kind of bird the plane struck, citing the ongoing investigation into the mishap.

The Naval Safety Center classified the incident as a Class-A mishap, which means there was at least $2 million in damage to the aircraft.

This is at least the second Class-A mishap for an E-6B Mercury in 2019. In February, one of the planes clipped a hangar as it was being moved at Tinker Air Force Base in Oklahoma. That incident also led to millions of dollars in damages.