Drug Dealing Sailor To Be Dishonorably Discharged After ‘Brazen Misconduct’

A drug-dealing sailor from Naval Air Station Lemoore lost her appeal and will be dishonorably discharged from the military. The... 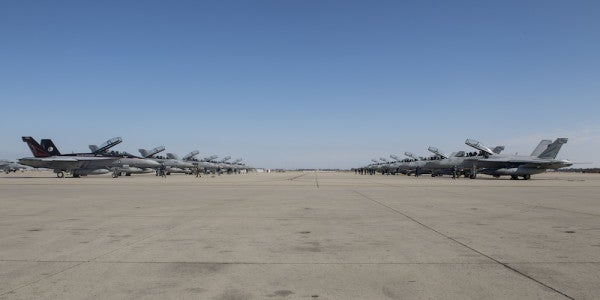 A drug-dealing sailor from Naval Air Station Lemoore lost her appeal and will be dishonorably discharged from the military. The woman said that she cleaned up her act in jail but military appellate judges were not swayed.

In a decision issued Monday, the Navy-Marine Corps Court of Appeals in Washington, D.C., upheld the sentence meted out to Aviation Structural Mechanic Airman Jasmine N. McClendon on May 11 after her court-martial in San Diego.

As part of a plea deal with Navy prosecutors that capped her prison sentence at 14 months, McClendon admitted to distributing narcotics at Lemoore, near Fresno, violating the terms of a previous administrative punishment and multiple drug abuse charges tied to her drug addiction.

The military judge ordered her reduced to the Navy’s lowest rank and removed from the service on a dishonorable discharge.

That type of discharge is reserved for the most serious military crimes and can only be dished out at a general court-martial proceeding. Despite previously meritorious conduct, a sailor exiting the Navy with a dishonorable discharge triggers a wide range of other sanctions, including the loss of veterans’ benefits and the right to possess firearms.

McClendon’s attorneys argued that the discharge was too severe and cited her struggles with addiction, difficulty adjusting to Navy life after enlisting at the age of 17, her rehabilitation efforts during 127 days of pretrial confinement and later helping Naval Criminal Investigative Service agents crack down on illicit drug sales.

“Coming to the brig was definitely the best thing that’s ever happened to me,” McClendon said during her sentencing hearing, according to court documents.

While incarcerated, McClendon began to study Buddhism, took courses to control her addiction and stayed sober. Her attorneys requested a less-severe bad conduct discharge, but the tribunal unanimously disagreed.

Termed a “Captain’s Mast” in the Navy, this punishment typically involves restricting service members to quarters, imposing extra duties and cell phone confiscation, plus other forms of discipline designed to correct misconduct instead of sending a sailor to a court-martial trial.

While living in a restricted barracks, however, McClendon kept drug paraphernalia and introduced cocaine, methamphetamines, psilocybin mushrooms, LSD and marijuana products to fellow sailors there, using her banned cell phone to facilitate the delivery of the drugs, court records show.

“Her brazen misconduct while on restriction, her inclusion of other sailors in her crimes, and her intent to distribute drugs to other sailors far outweigh her extenuating and mitigating circumstances,” Hutchinson wrote.

McClendon can appeal the decision to the United States Court of Appeals for the Armed Forces in Washington, D.C., but her case has yet to be added to its docket. She remains on the Navy’s rolls until all appeals are exhausted.

NCIS did not return messages seeking comments about the assistance she apparently provided to agents.

The Bureau of Justice Statistics counted 1,084 military members behind bars at the end of 2016, the last year publicly available. One of out every 10 convicted sailors is behind bars because of drug charges, according to the Pentagon.

During the same week as McClendon’s sentencing, Petty Officer 3rd Class Taylor N. Brown pleaded guilty in San Diego to multiple charges of conspiracy, drug distribution and abuse of a controlled substance and also garnered a dishonorable discharge for his role in the Lemoore narcotics ring.

Seaman Vashawn T. Crittenden served 97 days in the brig and was given a bad conduct discharge after admitting to carrying a banned air pistol, substance abuse and distributing drugs. He had served aboard the San Diego-based cruiser Lake Champlain.