The Navy Is Ending Its Popular Early Retirement Programs

The Navy has announced it would cancel three early separation programs in order to retain sailors and increase the size... 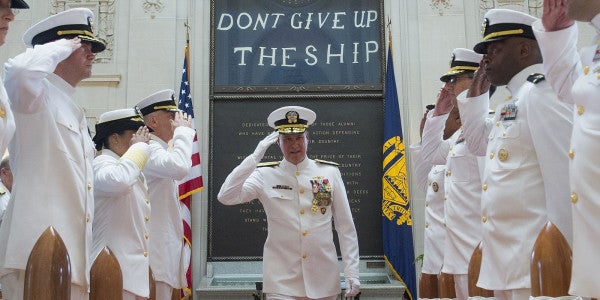 The Navy has announced it would cancel three early separation programs in order to retain sailors and increase the size of the fleet.

In the announcement, Burke cited the needs of the “growing Navy” as the reason for the changes.

“This requires more people, at a time when we are still working our way back to desired sea duty manning levels, and when the competition for talent is especially keen,” Burke said. “We will certainly recruit and train many more sailors to help meet these demands, but that will not be enough.”

Earlier this year the Navy increased the high-year tenure limits for E-4 through E-6 sailors by two years for each paygrade in another attempt to improve retention. On Thursday, they announced a high-year tenure increase from five to six years for E-3 sailors.

The Navy has a long-term goal to expand to about 350,000 sailors to meet President Donald Trump’s 355 ship goal. Currently, the Navy has 322,000 sailors and 277 commissioned ships.