The Navy esports team is once again on pause, just weeks after resuming operations following a separate controversy 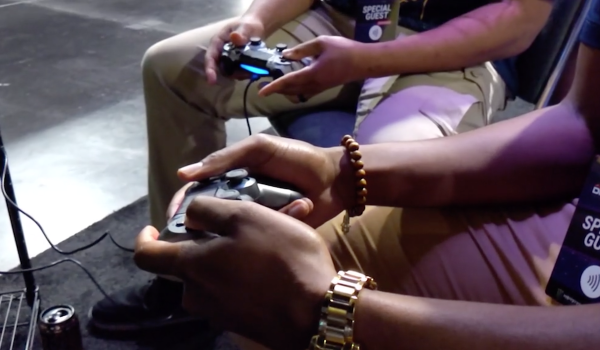 The Navy esports team is once again on pause, just weeks after resuming operations following a separate controversy.

A sailor has been kicked off Goats and Glory, the Navy's official esports team that streams on the video platform Twitch. Personnel Specialist Second Class Brandon Chandler on Saturday streamed himself playing the space-themed video game “Among Us” with three other people.

All three, whom Chandler reportedly referred to as his good friends and officials said had no Navy affiliation, were using racist usernames. Two of them –“Japan 1945” and “Nagasaki” — referenced the 1945 U.S. atomic bombings that killed tens of thousands. The third, “Gamer Word,” is a known reference to the N-word in the gamer community.

“We do not condone those usernames and Navy Goats and Glory's immediate response was not quick or correct,” Cmdr. Lara Bollinger, a Navy Recruiting Command spokeswoman, said. “Our streamer should have immediately left the game and refused to play with users who were unapologetically inappropriate.”

The incident led the Navy to pause official streaming on Twitch for the second time in less than two months. Chandler, who did not return a request for comment, was also kicked off the Navy esports team.

“The streamer's reaction to the situation was unbecoming of a member of our team and he will no longer be streaming as a part of Goats and Glory,” Bollinger said.

Video of his stream, which has been removed from the Navy's Twitch channel but is still viewable on other social media channels, shows the sailor laughing about the “Gamer Word” screen name.

Bollinger said Navy leaders learned of Saturday's incident when the number of viewers on the Navy's Twitch channel spiked, leading the Goats and Glory officer in charge to join the stream. When the officer saw the inappropriate usernames, Bollinger said, “he ordered the removal of those individuals, subsequently ended the stream, and informed Navy Recruiting Command of the incident.”

The Goats and Glory team recently completed training on how to respond to controversial posts to the Navy's Twitch channel. That was after the team was inundated with questions from users about war crimes and other scandals.

The military's recent experimentation with esports and Twitch has been met with some resistance. While the team falls under Recruiting Command, Rear Adm. Dennis Velez told Military.com this summer that the goal is not to recruit people there.

Instead, he said, it's a place for sailors wearing an official Navy esports jersey to connect with young people who might not know much about military service. But critics, including New York Democratic Rep. Alexandria Ocasio-Cortez who proposed banning the military from using esports, said children playing video games could be targeted by military ads.

Bollinger said there's no timeframe on how long the Navy's break from Twitch will last. She said only that the service will reevaluate to vet users that can play with members of the Navy esports team during official streaming sessions.

“The details of the incident are clear, and we did not respond as quickly or correctly as we should have,” she added. “Navy Recruiting Command, and the members of Goats and Glory are taking steps to ensure this does not happen again in the future.”