The Navy's USS Wasp helicopter carrier will replace the USS Bonhomme Richard in the 7th Fleet's forward-deployed base at Sasebo, Japan,... 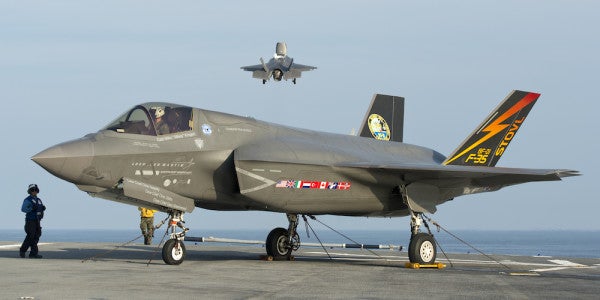 The Navy's USS Wasp helicopter carrier will replace the USS Bonhomme Richard in the 7th Fleet's forward-deployed base at Sasebo, Japan, giving the U.S. an F-35B compatible aircraft carrier right at North Korea and China's doorstep.

The Wasp, one of the smaller-deck carriers the Marine Corps' F-35B trained and tested on, will join with a squadron of Marine fighter pilots to put forth one of the most potent concentrations of naval power ever put to sea in the Pacific.

“This move ensures that our most technologically-advanced air warfare platforms are forward deployed,” said Wasp Commanding Officer Capt. Andrew Smith said in a Navy release on Aug. 30. “Our capabilities, paired with the F-35B Joint Strike Fighter, increases our Navy's precision strike capabilities within the 7th Fleet region. Wasp will help America's commitment to the maritime security and stability in the Indo-Asia-Pacific.”

Japan saw the U.S.'s first deployment of the revolutionary F-35B outside of its own borders in June, which telegraphs just how suited the platform is to projecting power in the Pacific.

With a short-distance takeoff and vertical landing ability, the Wasp will pack on a handful of F-35Bs which can fly in stealth mode or laden with guns and bombs.

Recently, F-35s have taken part in mock-bomb runs over the Korean Peninsula in response to North Korea's frequent military provocations.