Edward “Whitey” Feightner shot down nine enemy fighters over the Pacific, performed with the Blue Angels, tested secret aircraft for the Navy, and rose to the rank of rear admiral. 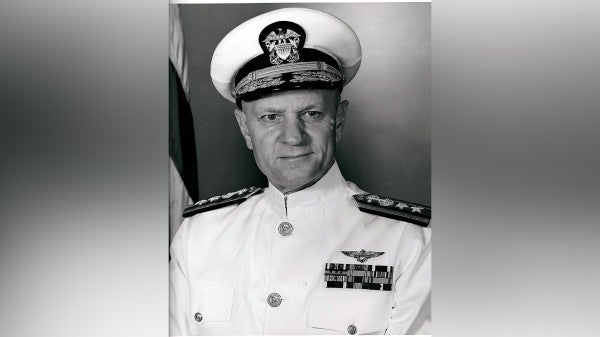 Edward “Whitey” Feightner, who as a boy walked off a farm in Elida during World War II and became a man in the South Pacific, died Wednesday in Coeur d’Alene, Idaho, at the age of 100.

The 1937 Elida High School and Findlay College graduate was an ace fighter pilot. By the war’s end, he had nine confirmed kills — including three Japanese Zeros in one day during a dogfight over Taiwan — and four probables. He would later become a rear admiral in the Navy.

“Some have argued about dubbing the World War II generation the greatest, but it certainly produced the greatest aviators, represented by Whitey Feightner,” noted Barrett Tillman, in the book he authored, “Enterprise: America’s Fightingest Ship.”

“If you can’t stay calm and focused in a crisis, you have no business being a fighter pilot. It’s a mater of life and death, not only for you, but those you’re defending,” Feightner said in a 1996 interview.

Feightner learned aerial combat from the Navy’s first ace, Lt. Cmdr. Butch O’Hare, a Medal of Honor recipient. O’Hare taught his men how to gauge distance and the best way to down the enemy without wasting ammunition. For Feightner, it helped that he was blessed with 20/15 eyesight. Even as a young boy, he could detect the slightest distant movement while hunting near his grandfather’s dairy farm.

Feightner flew an F-6F Hellcat and an F-4F Wildcat much of the war. In October 1942, Feightner was assigned to VF-10, the Grim Reapers, aboard the Navy carrier, USS Enterprise. He shot down his first Japanese plane, a dive bomber, during the Battle of the Santa Cruz Islands, southeast of Guadalcanal. The dogfight was intense, but what happened later was harrowing.

“I had run out of fuel and barely was able to land,” Feightner said. “The Enterprise had taken a bomb on the starboard quarter. I go down to the hangar deck and had to wade through fuel, water and dead bodies. Meantime, not only are their torpedoes coming at us, there’s a dive-bombing attack going on.”

News clippings from The Lima News note that Feightner joined the Navy in April 1942 with a commission as an ensign. It followed his graduation from Findlay with a double major in chemistry and math. Besides serving aboard the USS Enterprise during World War II, Feightner served on the USS Yorktown, USS Intrepid and USS Bunker Hill.

After the war, Feightner tested aircraft and trained pilots to transition from propeller-driven aircraft to jets. He became a member of the Navy’s elite Blue Angels demonstration team, flying the lead “solo” position. He was assigned to several of the Navy’s most secret projects at Patuxent River, Maryland. He flew and helped develop legendary fighters such as the F-7U Cutlass, F-9F Banshee and the attack aircraft AD Skyraider.

He had various commands, including one in 1955 that was put on alert to prepare to evacuate Americans, and do battle if necessary, during the 1956 Suez Crisis. In 1966, he was assigned command of the USS Okinawa.

By the end of his career in 1974, the son of Mr. and Mrs. A.E. Feightner of Route 1, Elida, and brother of Mrs. Clayton Protsman, of Elida, had been awarded two Legion of Merit Awards and four Distinguished Flying Cross medals. He had flown more than 100 aircraft, accumulating 8,610 flight hours and 874 carrier landings.

He married an admiral’s daughter, Vi Ginder, in 1948. The Feightners’ daughter kept the Navy in the family as she married a first lieutenant, H.C. Lingle. Vi died in February 2015.

Feightner was one of six admirals to come out of Allen County. Others were Thomas Lynch, Vice Adm. Thomas L. Sprague, who commanded aircraft carriers in World War II; Rear Adm. Tim Riker, at one time the highest-ranking officer in the Coast Guard’s active reserve; Rear Adm. James L. Taylor, a fleet maintenance officer for the Pacific Fleet; and his uncle, Vice Adm. Edmund B. Taylor, who participated in the blockade of Cuba during the 1961 missile crisis.

Feightner last flew a plane on his 97th birthday, said Jim McBride, his nephew and caretaker in Coeur d’Alene, Idaho.

Final internment will be at Arlington National Cemetery

Gifts in his honor may be given to the University of Findlay’s Rear Admiral Feightner scholarship fund. (In care of Advancement Office, 1000 N Main St., Findlay, OH 45840)