The Navy has located the C-2A Greyhound that crashed into the Philippine Sea in November, killing three sailors. Deepwater-salvage experts... 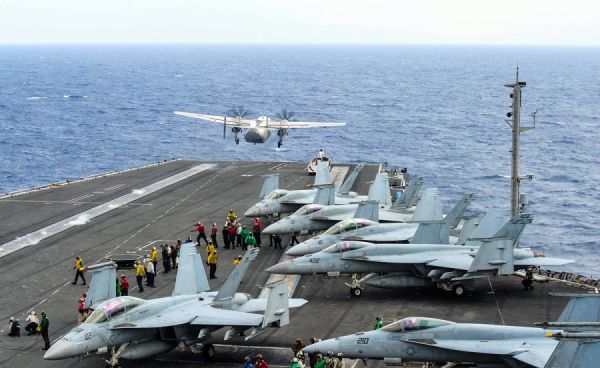 The Navy has located the C-2A Greyhound that crashed into the Philippine Sea in November, killing three sailors.

Deepwater-salvage experts operating out of a contracted salvage vessel found the aircraft Dec. 29 using a system to hone in on the downed plane’s emergency relocation pinger, said a Navy statement issued Friday.

The Greyhound is about 18,500 feet down, which would make the aircraft recovering operation the deepest ever attempted, the statement said. In the coming weeks, salvage teams will begin mapping the debris field and attaching heavy lines to the ship to bring the aircraft to the surface.

“Despite very challenging conditions, every effort will be made to recover the aircraft and our fallen sailors,” the statement said.

The Greyhound was carrying 11 passengers and cargo from Marine Corps Air Station Iwakuni to the aircraft carrier USS Ronald Reagan when it crashed on Nov. 22. It was assigned to Carrier Air Wing 5, the aviation component of carrier’s strike group.

The Yokosuka-based Ronald Reagan was conducting an annual bilateral maritime field-training exercise with the Japan Maritime Self-Defense Force at the time of the incident.

The Navy is considering a posthumous award for Combs, whose flying has been credited with possibly saving the lives of the other passengers.

The Navy has yet to announce the official cause of the crash. It appears the Greyhound suffered a rare double engine failure, two Navy officials previously told Stars and Stripes on the condition of anonymity because they were not authorized to discuss the ongoing investigation. The officials said it was unclear what would have caused the engines to fail.

The crash capped off a deadly year for the Navy’s Japan-based 7th Fleet that included a series of high-profile accidents and mishaps. In January, the USS Antietam ran aground and spilled roughly 1,100 gallons of hydraulic fluid into Tokyo Bay; in June, a collision between the USS Fitzgerald and a merchant ship killed seven sailors; and in August, the USS John S. McCain ran into an oil tanker, killing 10 more.