The Navy’s $13 billion supercarrier is still having major problems

The U.S. Navy’s new supercarrier continues to face major problems that will delay its delivery to the fleet for three... 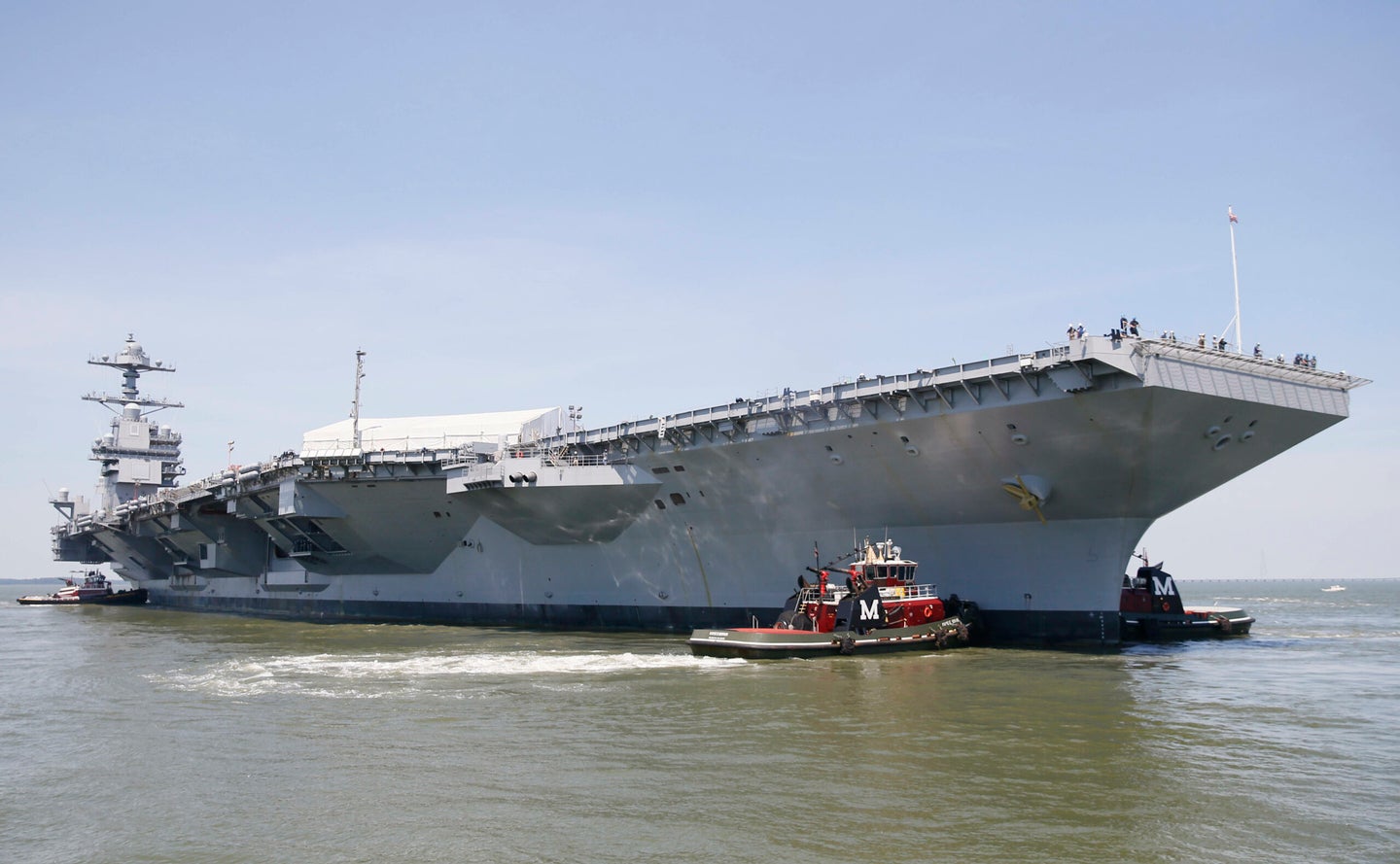 The U.S. Navy’s new supercarrier continues to face major problems that will delay its delivery to the fleet for three months as the service bets big on this troubled ship, Navy officials revealed Tuesday.

Following testing and evaluation with the fleet, the aircraft carrier USS Gerald R. Ford began a yearlong maintenance and upgrade process at Newport News Shipbuilding in Virginia last July, with expectations that the carrier would return to the fleet this summer.

The Ford is now slated to spend at least another three months in dry dock due to unforeseen problems with the ship’s nuclear power plant, the weapons elevators, and other areas, USNI News reported Tuesday, citing recent testimony by Navy officials before the House Armed Services Committee seapower and projection subcommittee.

“October right now is our best estimate,” James Geurts, the assistant secretary of the Navy for research development and acquisition, told the committee.

The weapons elevators, of which the Ford only has two of the necessary 11, have long been an issue, but the propulsion problem is reportedly less understood.

The problems with the ship’s main turbine generators appear more serious than initially indicated when they were discovered during sea trials.

The main turbine generators use steam from the ship’s two onboard nuclear reactors to generate electricity for the ship’s four propeller shafts, USNI News reports, adding that sources familiar with the repairs say that two of the turbine generators need “unanticipated and extensive overhauls.”

The issue first appeared in May of last year, when the ship was forced to return to port early. “The ship experienced a propulsion system issue associated with a recent design change, requiring a return to homeport for adjustments before resuming at sea testing,” the service told Navy Times.

As The War Zone notes, the $13 billion Ford has experienced numerous problems affecting everything from the arresting gear and catapults to its radar systems, yet the Navy is pushing ahead with purchases of this new class of carrier while proposing early retirement for an operational Nimitz-class aircraft carrier.

In its fiscal year 2020 budget proposal, the Navy announced plans to retire the USS Harry S. Truman two decades early rather refuel the ship’s nuclear cores to power it for another quarter century. The move will reportedly to free up billions for a block buy of two Ford-class carriers and investment in unproven and untested unmanned systems the service has determined will be necessary for future combat.

The Ford continues to face developmental challenges as the service is moving forward on future Ford-class carriers — the USS John F. Kennedy, the USS Enterprise, and a yet to be named carrier identified only as CVN-81.

The embattled flagships are expected to play a crucial role in power projection, but setbacks have raised questions about when exactly it will be ready to play that part.

SEE ALSO: The Navy’s Newest Carrier Finally Has The Critical Weapons System That The Navy Secretary Staked His Job On — And It Actually Works

WATCH NEXT: The Navy’s Lethality Push