Investigators probing several allegations of wrongdoing by a Navy officer say they were met with a "disturbing lack of candor," leading them to doubt the validity of the commander's testimony and causing his admiral to question his professionalism 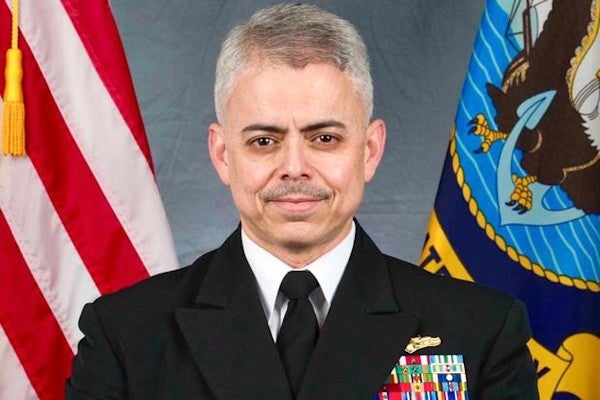 Investigators probing several allegations of wrongdoing by a Navy officer say they were met with a “disturbing lack of candor,” leading them to doubt the validity of the commander's testimony and causing his admiral to question his professionalism.

Cmdr. Jesus “Manny” Cordero, who was relieved of command as the head of Naval Computer and Telecommunications Station Sicily last fall, refused to take responsibility for even minor infractions when investigators began looking into several complaints against him, according to a command investigation and endorsement letter, obtained by Military.com through a Freedom of Information Act request.

Vice Adm. Timothy “T.J.” White, who relieved Cordero of his duties in September 2018, said the commander made “repeated, vigorous and obvious false statements” during an investigation into his behavior. Those actions severely compromised Cordero's integrity and judgment as a leader,” White wrote in a Sept. 27, 2018, relief letter.

White then warned Cordero against contacting any member of his former command or taking “any action in retaliation against any member of NCTS Sicily, or any other member as a result of the relief.”

“This is a lawful order,” White wrote, “a violation of which is punishable under Article 92 of the Uniform Code of Military Justice.”

Cordero, who did not respond to requests for comment made through his command, had come under investigation about a month prior for alleged improper use of a government vehicle, incompetence and creating a hostile work environment. A command endorsement of the investigation stated that during the course of the probe, Cordero “adamantly denied all wrongdoing, even low-level infractions that were corroborated by numerous witnesses, and in one case, by the other two members of the .”

And after the investigation was launched, Cordero was found to have spoken to his sailors about loyalty and not taking their issues outside the command.

“These integrity and judgement issues … call into serious question CDR Cordero's continued ability to command,” Capt. Kristian Kearton, with Fleet Cyber Command's office of compliance and assessment, wrote in a Sept. 24, 2018, memo to White about the investigation.

Cordero is currently serving with the Office of Naval Intelligence's Hopper Information Services Center in Suitland, Maryland. He has been assigned there since December.

Naval Computer and Telecommunications Station in Sigonella, Italy, was responsible for providing critical communications support to NATO and coalition forces operating across Europe and Africa.

Cordero took command of the station in January 2018, and brought with him a high-energy leadership approach, which some witnesses described as motivating, but others as intimidating and overwhelming.

The investigation found discrepancies between how sailors described the commander and how Cordero viewed his actions.

One person, for example, described the command climate as “intense.” Others called it “stressful, a little hectic” and “shaky.” Another said it was “in disarray.”

One person said he was fearful of Cordero, who often raised his voice.

“I haven't wanted to go in there,” the witness said. “You don't want to talk to a guy in a bad mood.”

Another person said they “couldn't go to the head without the CO freaking out.”

“I couldn't go out of the office for more than two minutes without this happening,” the witness said. “I had to let the CO … know if I was going to the head. I had to actually ask to go to the head.”

Multiple people said Cordero was quick to lose his temper and swore on the job. But Cordero described his temperament as “easy going and relaxed.”

The executive officer and command master chief also recalled a government vehicle being used to pick up and transport supplies from a hardware store for a community relations event. Command vehicles can be used to transport personnel to those events, but not supplies.

Cordero denied the vehicles were used to move supplies, the investigation states.

Multiple witnesses also said Cordero was late in submitting his fitness report and that he had solicited input for it. Cordero denied both accounts.

Again, the investigator wrote that there was no motive for witnesses to lie in their testimony.

“For these reasons, CDR Cordero's testimony is not credible,” the report states.

Aside from denying improper use of a government vehicle, Cordero's testimony went against several other witnesses' statements.

Despite several, including the command master chief, saying they'd heard him swear on the job, Cordero told the investigating officer he never cursed and never swore at subordinates.

Several sailors said they'd been ordered not to reference Cordero's predecessor in front of him. At one point, they said he said he didn't “give a f— about how CAPT Hocutt did it, do it this way.”

Cordero denied ever saying that.

Several sailors also said Cordero stressed the need for them to remain loyal to the command, and not to take their complaints outside the chain. Cordero denied that he was telling the sailors to be loyal to him, but rather to respect the investigative process.

“Perhaps most disappointing was your unwillingness to take responsibility for event the smallest of indiscretions,” he wrote. “Based on my review of the investigation, I have lost trust and confidence in your ability to lead and command.”

Cordero had been selected for the rank of captain before his relief. Cmdr. Dave Benham, a spokesman for Fleet Cyber Command, declined to address questions about whether Cordero had faced any other punishments aside from his relief.