The Navy’s ‘Little Crappy Ship’ is officially a complete failure

Just six littoral combat ships were deployable in 2019, a low readiness rate calls into question the wisdom of the Navy's investment in the type 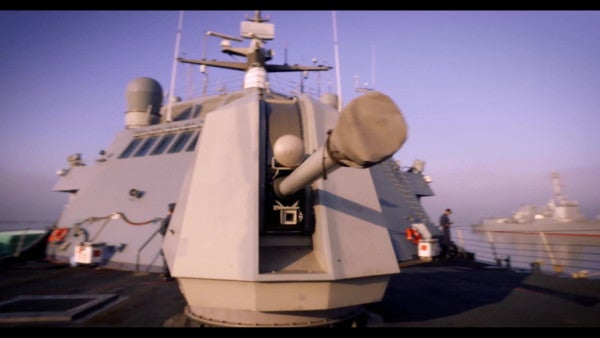 The U.S. Navy's Littoral Combat Ship was supposed to be cheap, fast, flexible and easy to build.

But after spending $30 billion over a period of around two decades, the U.S. Navy has managed to acquire just 35 of the 3,000-ton-displacement vessels.

Sixteen were in service as of late 2018. Of those 16, four are test ships. Six are training ships. In 2019 just six LCSs, in theory, are deployable.

While that number should increase as the remaining ships in the class finally commission into service, the LCS's low readiness rate calls into question the wisdom of the Navy's investment in the type.

Indeed, the Navy in 2018 didn't deploy a single LCS, USNI News reported. “The service was supposed to push forward three ships in fiscal year 2018, after a 2016 overhaul of LCS homeporting, command and control and manning constructs.”

“However, USNI News first reported in April 2018 that zero LCSs would deploy in 2018. Since then, the Navy had not talked publicly about progress made towards getting ready to deploy its first LCSs since ships from a block-buy contract started delivering to the fleet at about four a year.”

Navy officials in early 2019 claimed at least three LCSs would deploy before the end of the current fiscal year in September 2019.

“We're deploying LCS this year, it's happening,” Commander of Naval Surface Forces Vice Adm. Richard Brown told reporters. “Two ships are going on the West Coast; one ship is going on the East Coast, followed shortly in the beginning of '20. And that marks the deployment of LCS; there will always be LCS forward-deployed now, just like we designed the program.”

U.S. Southern Command in February 2019 announced that Detroit would conduct counterdrug operations. “We expect to have a littoral combat ship this year, and that will be a big benefit for our exercise program for our engagement with partners and because of the flexibility it brings for counter-narcotics interdiction,” SOUTHCOM commander Adm. Craig Faller said.

When the Navy in the 1990s first began shaping the LCS program, the idea was for the ships to be small, fast, inexpensive and lightly-manned “trucks” into which the sailing branch could plug a wide array of “modules” carrying equipment for specific missions including surface warfare, anti-submarine warfare and minesweeping.

In a bid to speed up the production of as many as 55 LCSs, the Navy selected two shipyards — Lockheed Martin's facility in Wisconsin and an Austal yard in Alabama — each to build their own variant of the class. Complications and cost compounded.

“The Littoral Combat Ship program has been unnecessarily complicated from the beginning,” the Project on Government Oversight explained in 2016. “Initially the Navy aimed for each ship to cost $220 million, but the Government Accountability Office estimates procurement costs for the first 32 ships is currently about $21 billion, or about $655 million per ship—nearly triple what they were supposed to cost.”

“The program's three mission packages, according to the latest select acquisition report, add about $7.6 billion.”

In the decade and a half since the program was first sold to Congress, the LCS has already been forced into multiple major program changes, initially driven by large cost overruns, the lack of combat survivability and lethality discovered during operational testing and deployments, the almost crippling technical failures and schedule delays in each of the three mission modules.

Now the Navy has announced it is abandoning the two fundamental concepts behind the program: a multi-mission ship with swappable mission modules and a radically new way of manning it. Instead, each LCS hull will have a single mission and a significantly larger crew assigned a single primary skill set.

It took the Navy nearly two decades to realize the LCS program had failed. The sailing branch in 2014 cut LCS acquisition from 55 ships to 32. Congress eventually added three vessels, boosting the class to 35 ships.

In place of the 20 canceled LCSs, the Navy plans to buy 20 new missile frigates. The service in 2019 asked Congress for around $1 billion for the first ship in the new class.

In contrast to the LCS in its original guise, the new frigate will be a conventional vessel with a large crew and hard-wired systems.

The Navy surely hopes the new vessel is more deployable than the LCS has proved to be. A warship that can't leave port hardly qualifies as a warship.

SEE ALSO: Congress Is Giving The Navy 3 More Littoral Combat Ships Than It Wants Or Needs

WATCH NEXT: The Launch Of The USS St. Louis