She helped save Capt. Phillips from Somali pirates. Then she became the Navy’s first female 4-star admiral

Michelle Howard had a Navy career filled with firsts 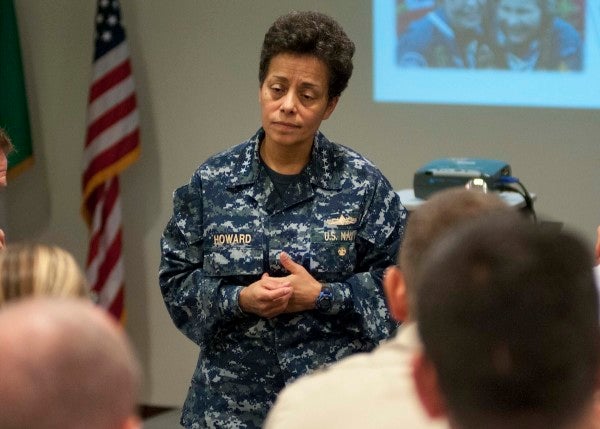 Michelle Howard had a Navy career filled with firsts.

She was the first black woman to command a warship when in 1999 she took the helm aboard the USS Rushmore, an amphibious dock landing ship.

She was the first woman to graduate from the Naval Academy to achieve the rank of rear admiral.

She was also the first black woman to command an expeditionary strike group at sea, where she made her mark on a global stage.

In 2009, she led the Virginia Beach-based Expeditionary Strike Group 2 when it was deployed off the coast of Africa.

The Norfolk-based cargo ship Maersk Alabama had been boarded by Somali pirates and its captain was being held hostage aboard a life raft for ransom. It was Howard’s job to set him free. She had only been on the job aboard the amphibious assault ship USS Boxer for a week.

“That’s an eye-opening way to start a new job. Very quickly we had several ships, special forces, aircraft and it seemed like everyone in the world was focused on one American and trying to make sure he didn’t end up on shore in Somalia,” Howard said in 2012. “Synchronizing that kind of might and capability was pretty amazing.”

Like so many other times in life, Howard succeeded. The episode was later turned into the Tom Hanks film “Captain Phillips.”

Howard’s career continued to flourish after that.

She became the first black woman promoted to the three-star rank in the U.S. Armed Forces when she became deputy commander of Fleet Forces Command, based in Norfolk.

She then became the first woman to become a four-star admiral in the Navy in 2014 when she was named vice chief of naval operations, the second highest-ranking officer in the Navy.

Howard retired from the Navy in 2017 after completing her last assignment as the commander of naval forces in Europe and Africa.