U.S. military aircraft are routinely intercepted by Russian and Chinese fighters in international airspace, and that can be a jarring experience — especially if the encounter is "unsafe" 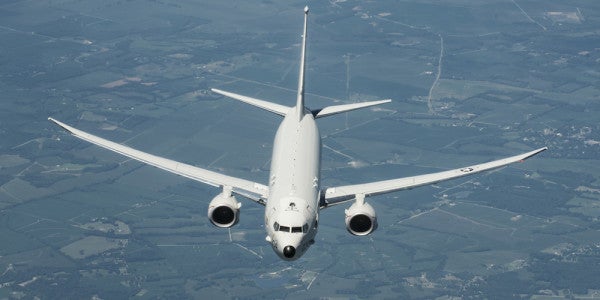 U.S. military aircraft are routinely intercepted by Russian and Chinese fighters in international airspace, and that can be a jarring experience, especially if the encounter is “unsafe.”

Intercepts that the U.S. and NATO characterize as “unsafe and unprofessional” are not the norm, but are a sizable portion of all these aerial encounters. “I see it a lot,” US Navy Capt. Erin Osborne, Wing Ten commodore, told Insider.

In one instance, a Russian fighter conducted a high-speed inverted maneuver just 25 feet in front of the US aircraft, a move that could have come straight out of the movie Top Gun.

In another close call, two tactical aircraft closed in on both sides of the P-8, restricting its ability to safely maneuver.

Boeing P-8A Poseidons are militarized 737-800ERX aircraft that carry a crew of nine, are armed with torpedoes and high-end sensors. They're built to conduct maritime surveillance and anti-submarine warfare missions.

Another part of the job is sometimes being intercepted by foreign military aircraft.

“We expect to be intercepted. I expect them to come out and take a look at us and see what we are doing,” Osborne, who oversees the training, manning, and equipping of Navy P-8 squadrons, said.

She said that because “most of our interactions with other militaries are very professional,” P-8 crews do not go into a situation with an presumption that an intercept will be unsafe. But they are prepared for that possibility.

“If you've never been intercepted, it can be disconcerting because you're not used to having someone in that close proximity to your aircraft,” Osborne said. “We do training so that the crew feels comfortable with that.”

The U.S. Navy uses its own tactical aircraft, like the EA-18G Growler pictured in the below photo from a recent training exercise, to expose P-8 crews to maneuvers they might see.

During the training, the tactical aircraft will form up on the P-8s to help crews understand how close is too close. “We want them to understand what is unsafe, what is unprofessional,” Osborne explained.

They will demonstrate, for example, an under run, which is when an aircraft is forming up on the P-8 but suddenly cuts underneath the aircraft. “If someone's never seen that before, they won't understand what they are looking at,” Osborne said.

During an intercept, regardless of whether or not it is unsafe, a P-8 crew has very limited options, as the P-8 lacks the maneuverability that an approaching tactical aircraft has.

“We can't predict what they're going to do. The only thing we can do is make ourselves predictable to them,” Osborne said, explaining that the crew maintains steady airspeed, course, and altitude. “There's really not a whole lot else you can do.”

“If they're doing barrel rolls over your airplane, there's nothing we can do. There's literally no maneuver that gets us out of that, and we wouldn't want to,” she said, telling Insider that “the safest thing in that scenario is to just hold what you got.”

Osborne said that intercepts are typically silent affairs, although there is always the possibility of nonverbal communication, such as eye contact or hand gestures, between the U.S. aircraft and the intercepting aircraft.

How long an intercept lasts can vary greatly by incident, but eventually, the aircraft go their separate ways, with all involved returning home safely in most cases.

There have been tragedies though.

In 2001, for example, a pair of Chinese J-8 fighter jets intercepted an EP-3E Ares II signals intelligence aircraft about 70 miles from Hainan. One of the J-8s collided with the U.S. Navy plane, resulting in the death of Chinese pilot Lt. Cdr. Wang Wei and forcing the EP-3 to make an emergency landing in China.