Navy investigators failed to uncover the reason submarine sailor Gabriel A. Romero suddenly and without warning opened fire while on duty at the Pearl Harbor Naval Shipyard last Dec. 4, killing two civilian employees and wounding a third before turning his M9 pistol on himself 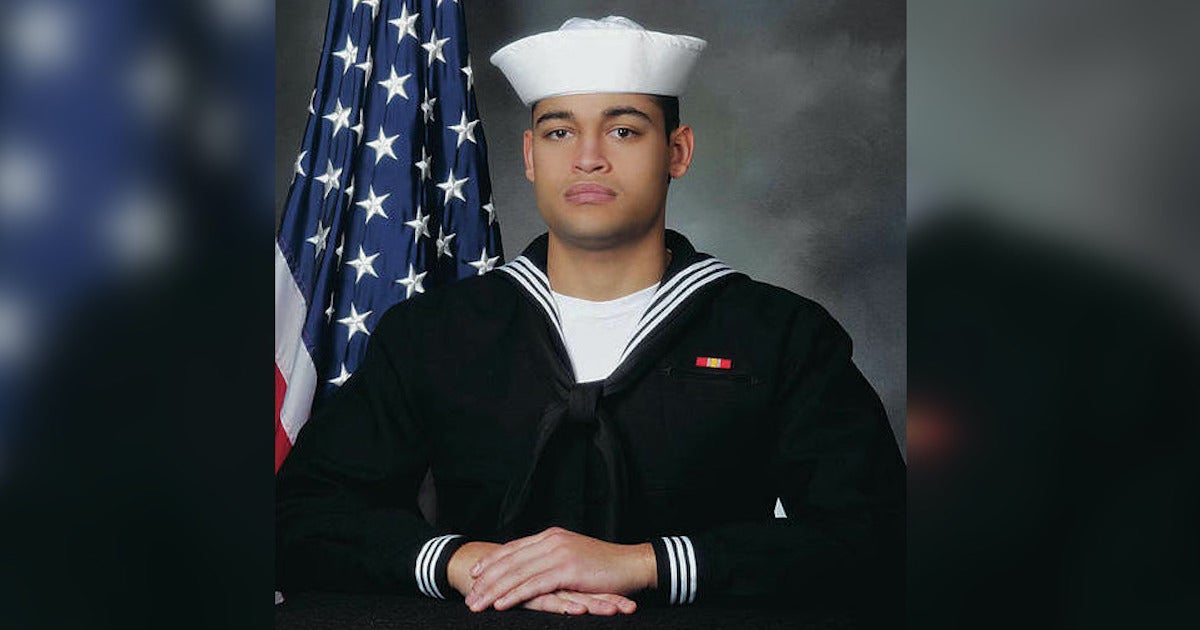 Navy investigators failed to uncover the reason submarine sailor Gabriel A. Romero suddenly and without warning opened fire while on duty at the Pearl Harbor Naval Shipyard last Dec. 4, killing two civilian employees and wounding a third before turning his M9 pistol on himself.

But the troubled young man’s mental health issues were under-diagnosed and were not adequately discussed with his chain of command — two shortcomings that might have allowed Romero to get proper treatment before his deadly rampage, according to report released today by the Department of the Navy.

The redacted, 190-page report, dated March 12 and based on the work of a team of 22 investigators and experts, also said an apparent reluctance to diagnose Romero with disorders that would have disqualified him from duty may have been influenced by concerns to ensure adequate military staffing and readiness.

Romero, 22, was a machinist mate auxiliary fireman assigned to the fast attack submarine USS Columbia in dry dock at the shipyard, where he performed armed security patrols. Within minutes of assuming duty Dec. 4, Romero shot and killed Roldan Agustin, 49, and Vincent Kapoi Jr., 30, and wounded a third victim.

The Navy report, which did not identify anyone beyond Romero and the two fatalities, gave no indication the victims were targeted for a reason. A chilling account of the incident seems to suggest it was a simple matter of tragic timing. The three civilians had exited a work trailer alongside the submarine at around the same time Romero started his first patrol. They were gunned down near the bow of the submarine after they walked past him.

Although Romero’s motives remain a mystery, and he had no history of violence and apparently had not expressed any thoughts of harming himself or others, investigators said “the evidence showed he had several stressors in his life in the months leading up to the shooting that, when taken together, likely led him to choose violence.”

Those stressors included having been written up on numerous occasions for poor job performance, failing to pass a test for a promotion or meet other qualifications for advancement, social awkwardness and a sense of alienation from his shipmates.

Investigators compiled a detailed narrative of Romero’s contacts with military medical and mental health providers and of his lengthy record of disciplinary warnings and performance failings.

Romero enlisted in the Navy in November 2017 in San Antonio and reported to the USS Columbia at Pearl Harbor in June 2018. Within six months he qualified for the Topside Roving Patrol and Barge Security Watch, which involve continuously roving the area around the submarine and the berthing barge near the dry dock, the investigative report said.

“After these initial qualifications, Romero quickly fell behind in his other qualifications, and the chain of command took administrative action to address exceeding the qualification deadline of 12 months, poor performance, and continued tardiness.”

He received written counseling and extra military instruction on 10 separate occasions beginning in June 2019, the report noted. On Nov. 21, USS Columbia officials held a disciplinary review board, and “as Romero often did when counseled for poor performance, he began crying,” the report said. His case was referred to an Executive Officer Inquiry (XOI).

Separately, on Nov. 26, Romero was informed he didn’t pass the Naval Advancement Exam and would not be promoted to an E-4 pay grade.

The XOI took place Dec. 3 — one day before the shooting — with Romero under review for Article 92 of the Uniform Code of Military Justice for a pattern of misconduct. Once again, “Romero became emotional and began to cry,” the report said.

Instead of referring him for nonjudicial punishment (NJP), the commanding officer decided to issue a formal written counseling, known as a Page 13, that read in all-capital letters: “IF I AM LATE TO WORK AGAIN, I WILL BE HELD ACCOUNTABLE AT CO’S NJP.”

The investigative report said that when administrative personnel presented Romero with the Page 13, he declined to sign it, saying his commanding officer had told him he didn’t have to sign it until the end of the week. In order to clarify the matter, the commanding officer made plans to deliver the Page 13 personally to Romero the next day, Dec. 4.

As Romero was racking up a dismal performance record at the shipyard, his mental health issues also escalated.

On March 4, 2019, Romero showed up at the Tripler Army Medical Center emergency room, reporting he was having trouble “concentrating, focusing and staying engaged.” The attending physician referred him to the Naval Submarine Support Command Embedded Mental Health Program (eMHP) Clinic in Pearl Harbor for further evaluation and treatment.

A report of Romero’s ER visit was entered into the hospital’s electronic medical record system, but the eMHP Clinic cannot receive outpatient referrals through that system, and Tripler staff did not contact the clinic staff or Romero’s superiors by telephone, email or other means, according to the investigative report.

Romero did not not go to eMPH Clinic until September 2019, when his division chief noticed he was upset and seemed withdrawn, the report said.

On his first visit, Sept. 23, he had a 90-minute session with the U.S. Pacific Fleet Force licensed psychologist, who did not diagnose Romero with any mental disorders, despite finding him “odd, awkward, guarded and confused,” the report said. Instead, the psychologist gave Romero a “diagnostic impression” of having a “phase of life problem” and “unspecified problem related to unspecified psychosocial circumstances.”

Because he was not diagnosed with a mental disorder, Romero remained qualified for submarine duty without any limitations, the report said. The psychologist recommended Romero continue with individual therapy with an eMPH staff behavioral health technician, an unlicensed enlisted corpsman who could teach Romero “coping skills.”

Romero met with the technician five times from Sept. 30 to Oct. 30, at which point they agreed to discontinue further sessions because the sailor said he had met all his therapy goals, according to the report. Romero attended peer support sessions on Nov. 19 and 26, with a third session set for Dec. 5.

The most pointed criticism in the report came from an unnamed forensic psychiatrist on the investigative team, who remarked that the eMHP psychologist who met with Romero under- diagnosed the sailor and did not properly manage his mental health conditions during the eight visits to the clinic between September and November 2019, “when Romero showed signs of an undiagnosed mental disorder that likely would have disqualified him from submarine duty.”

The psychiatrist said the two diagnoses Romero received, including “phase of life problem,” were effectively nondiagnoses that kept him from receiving meaningful treatment. The psychologist also failed to re-evaluate Romero before the therapy sessions were discontinued, the report said.

The report said the eMHP psychologist commented during the investigation that many sailors in the submarine community appear no different from Romero in exhibiting some of the same behaviors, and expressed the sentiment that “if the Navy disqualified all submariners similar to Romero based on the indicators at the time, disqualifications from submarine duty would noticeably increase and have a negative impact on readiness.”

The investigators’ recommendations called for a comprehensive review of the eMHP to determine if there is a pattern of under-diagnosis to maintain patients on submarine duty, and to clarify the proper role and scope of practice of behavioral health technicians.

Other recommendations center on finding a better balance between patient confidentiality and sharing of information between mental health providers and commanders to improve care and “ensure that high-risk personnel are identified and appropriately monitored, especially where Sailors are given access to means that can kill or cause serious injury.”

In an April 24 memo on the report’s findings and conclusions, Adm. John C. Aquilino, commander, U.S. Pacific Fleet, said he concurs with statements in the report that it would have been difficult to anticipate Romero’s murderous actions on Dec. 4.

“After review of this investigation, I reached the conclusion that even if all of Romero’s mental health, personal issues, and grievances had been known and taken into consideration, no one could have reasonably predicted that he would engage in this ultimate act of murder and suicide. This lack of predictability in mass shooting incidents, despite information that often does emerge after the fact as ‘warning signs,’ has confounded experts across the globe.”

Aquilino echoed investigators’ concerns about the need for reviewing re-screening standards and compliance for personnel with access to weapons and explosives to identify risk factors that would have prompted closer scrutiny of Romero continuing as an armed watchstander, and the need to strike an appropriate balance between patient confidentiality and the need to consider input from the chain of command “to better evaluate sailors’ mental health challenges and particularly when the sailor has access to weapons.”

Aquilino additionally cited the eMHP Clinic’s lack of capability to receive outpatient referrals through the electronic medical record system, which negatively impacted the transition of care in Romero’s case. He also called for a investigation into the psychologist’s clinical practice, “with particular attention to any pattern of under-diagnosis and the behavioral health technician’s scope of practice without direct supervision.”

Another area of concern expressed by Aquilino and investigators was the clinic staff’s interpretation of Department of Defense medical privacy policies that “imposed a barrier on information sharing and collabor­a­- tion with the chain of command. Although some members of Romero’s chain of command were aware that Romero was receiving some type of counseling, they were not aware of any particular concerns about his mental health (and) treatment plan,” he said in his memo.

“Not soliciting information from the command gives a one-sided picture and limits the command’s ability to tailor leadership, support, and accommodation to the member’s specific needs. The USS Columbia chain of command had information that could have aided Romero’s evaluation and treatment.”