"It is reprehensible that a military installation, much less its warfighters based there, be at the mercy of off-base, civilian law enforcement when faced with an immediate threat to their lives" 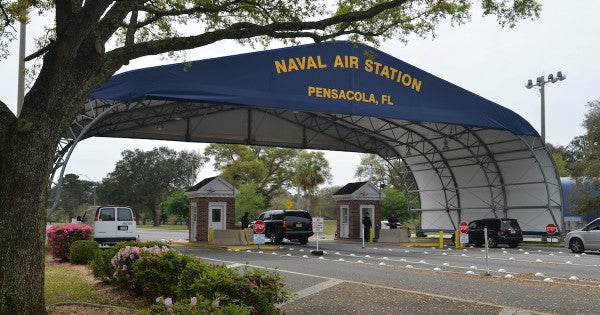 In the wake of a deadly shooting at Naval Air Station Pensacola earlier this month, a number of Navy pilots, including two instructors at the affected Florida base, wrote a letter to lawmakers and senior military officials demanding to be armed on base, Fox News reported Sunday.

“It is reprehensible that a military installation, much less its warfighters based there, be at the mercy of off-base, civilian law enforcement when faced with an immediate threat to their lives,” the letter obtained by Fox News said.

On December 6, Mohammed Saeed Alshamrani, a Saudi national who was in the United States for training, opened fire at NAS Pensacola with a handgun, killing three Navy sailors and wounding eight other people. The shooter was neutralized by local law enforcement.

The letter's authors called attention to the “irony” that U.S. service members can be “entrusted to fly multimillion-dollar aircraft over hostile territory, command companies of infantrymen into battle, or captain ships around the world” but are strangely “not trusted to carry a simple pistol in order to protect themselves, their families and their fellow service members” back home.

The writers explained Ens. Joshua Kaleb Watson, one of the victims, was a small-arms instructor and captain of the rifle team at the United States Naval Academy. “Yet when charged with standing the watch, he was equipped with nothing more than a logbook and a pen,” the letter reads.

“My brother was an excellent marksman. If my brother had not had that right stripped from him, this would be a different conversation,” Adam Watson, the 23-year-old victim's brother, told Fox News.

The Navy pilots who wrote the letter argued that U.S. military bases have become “soft targets” because they rely on external security forces with standards often below those of the U.S. military.

At a press briefing Thursday, a Pentagon spokesman commented on calls for U.S. military personnel to be allowed to carry firearms on base, saying that he was “not familiar with that request” and “not familiar with anybody considering that at this time.”

The Department of Defense is, however, reviewing its security standards, as well as its vetting procedures for foreign nationals that come to the United States for training.

Read the full letter below via Fox News: