Navy Recruiter Charged With Sex Abuse And Luring A Minor

A Beaverton, Oregon man is in jail on suspicion of using his role as a Navy recruiter to lure at... 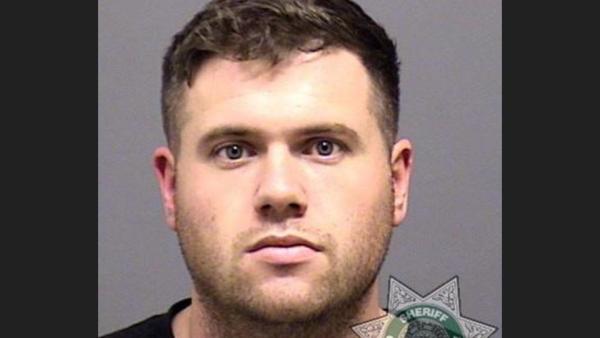 A Beaverton, Oregon man is in jail on suspicion of using his role as a Navy recruiter to lure at least one minor into sexual relations.

Police say the victim, a student, met Kelly while he was working for the Navy in an Oregon City recruitment office.

Dan Rachal, a spokesman for the regional Navy recruitment office based in Portland, said Kelly will remain in the Navy while the service conducts its own investigation.

Kelly entered the Navy in 2009 in Illinois, Rachel said. He was assigned to the Portland area as a recruiter on June 10, 2015, and worked out of recruiting offices in Oregon City and Vancouver.

Kelly attained the rank of first class petty officer, Rachal said. While Kelly is still on the Navy's payroll, he's no longer in the field recruiting, he said.

Though Rachal could not immediately provide details of Kelly's duties as a recruiter, he said Navy recruiters typically deal with men and women between the ages of 18 and 24. They often visit high schools, and 17-year-old seniors can enlist with parental consent.

Rachal declined to comment on Kelly's case, as it is ongoing, but he said the Navy takes such allegations seriously and will cooperate with authorities.

Police are asking anyone who has information about the case or other alleged victims to contact the Clackamas County Sheriff's Office tip line at 503-723-4949 or online here. Those offering tips should reference case No. 17-15690.