A Sailor Did Prison Time Over Classified Photos. Now He’s Suing The Government Because Others Didn’t 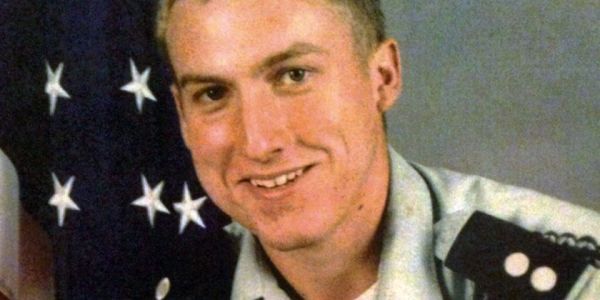 Kristian Saucier, 31, who spent a year in federal prison for taking photos in classified areas of a nuclear attack submarine, filed an action Monday in U.S. District Court in Albany, N.Y., seeking a jury trial or $20 million in damages.

“I've always contended that I made a mistake by mishandling classified information,” Saucier said by phone Monday afternoon. “My complaint is other people weren't held to the same standard.”

Saucier, who now lives in Arlington, Vt., with his wife, Sadie, 38, and their 2-year-old daughter, must get permission to sue the federal government. Jeremy M. Edwards, a spokesman with the Department of Justice, said by email Monday evening that the department did not have anyone available to explain that process.

Saucier is representing himself. His attorney, Ronald Daigle reportedly had his license suspended for a year, effective July 23, for taking $23,000 from the estate of a deceased person without a retainer or authorization to take the funds, according to the Post-Star, a daily newspaper in Glens Falls, N.Y. Daigle helped Saucier get a pardon from President Donald Trump in March.

Saucier on Monday reiterated arguments he's made in court proceedings and in interviews with news outlets, saying that he was treated more harshly than others in higher positions who've mishandled classified information, such as Hillary Clinton and her use of a private email server, and David H. Petraeus, a retired four-star Army general who gave highly classified journals to his biographer with whom he had an affair, and pleaded guilty to a misdemeanor charge of mishandling classified information.

He claims that he was denied due process under the Fifth Amendment; was denied his right to a speedy and public trial by an impartial jury under the Sixth Amendment, arguing he was not provided a judge advocate general as his counsel; and says his actions should have been handled in a nonjudicial manner by the Navy as is “common practice.” He also cites the Fourteenth Amendment in his claim, but that only applies to states, prohibiting them from denying equal protections of the law.

Saucier, who was a machinist's mate aboard the USS Alexandria, a Los Angeles-class attack submarine, from September 2007 to March 2012, took a plea deal in May 2016 that stipulated that he admitted to taking six photographs inside the Alexandria's engine room while the submarine was docked in at the Naval Submarine Base in Groton. The submarine is now based in San Diego.

Saucier was convicted of one count of unauthorized retention of national defense information, a felony. He began his yearlong prison sentence on Oct. 12, 2016. He also received an “other-than-honorable” discharge from the Navy, which limits his eligibility for veteran benefits.

The investigation into Saucier started in March 2012, when his cellphone was found at a waste transfer station in Hampton, Conn. After he was interviewed by the FBI and the Naval Criminal Investigative Service in July 2012, he destroyed a laptop computer, a personal camera, and the camera's memory card, according to the government.