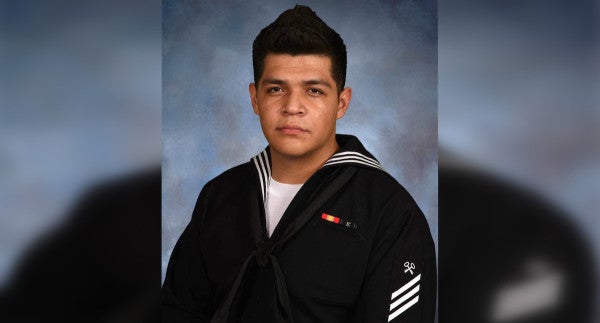 A Navy sailor who died after falling from an elevator aboard an aircraft carrier at Naval Air Station North Island was identified Sunday as a 21-year-old Chicago native.

Juan Jose Garcia-Herrera died about 2 a.m. Saturday at a trauma center from injuries suffered in the fall aboard the USS Nimitz, according to Navy officials.

The fall, which officials described as an accident, remained under investigation Sunday.

An official told the Navy Times that the ship was making a port visit in San Diego following “routine operations” when the accident occurred. Nimitz left its Bremerton, Washington, homeport on Sept. 16 to conduct pre-deployment training off the California coast.

Garcia-Herrera, a logistics specialist seaman, enlisted in January 2017. He completed training and was assigned to Nimitz six months later.

The ship deployed in late 2017 in support of Operation Inherent Resolve, an operation against the Islamic State of Iraq and Syria.