"We can confirm that this statement was made by USS Harry S. Truman's Command Master Chief to Truman's Sailors, prior to the arrival of the Vice President" 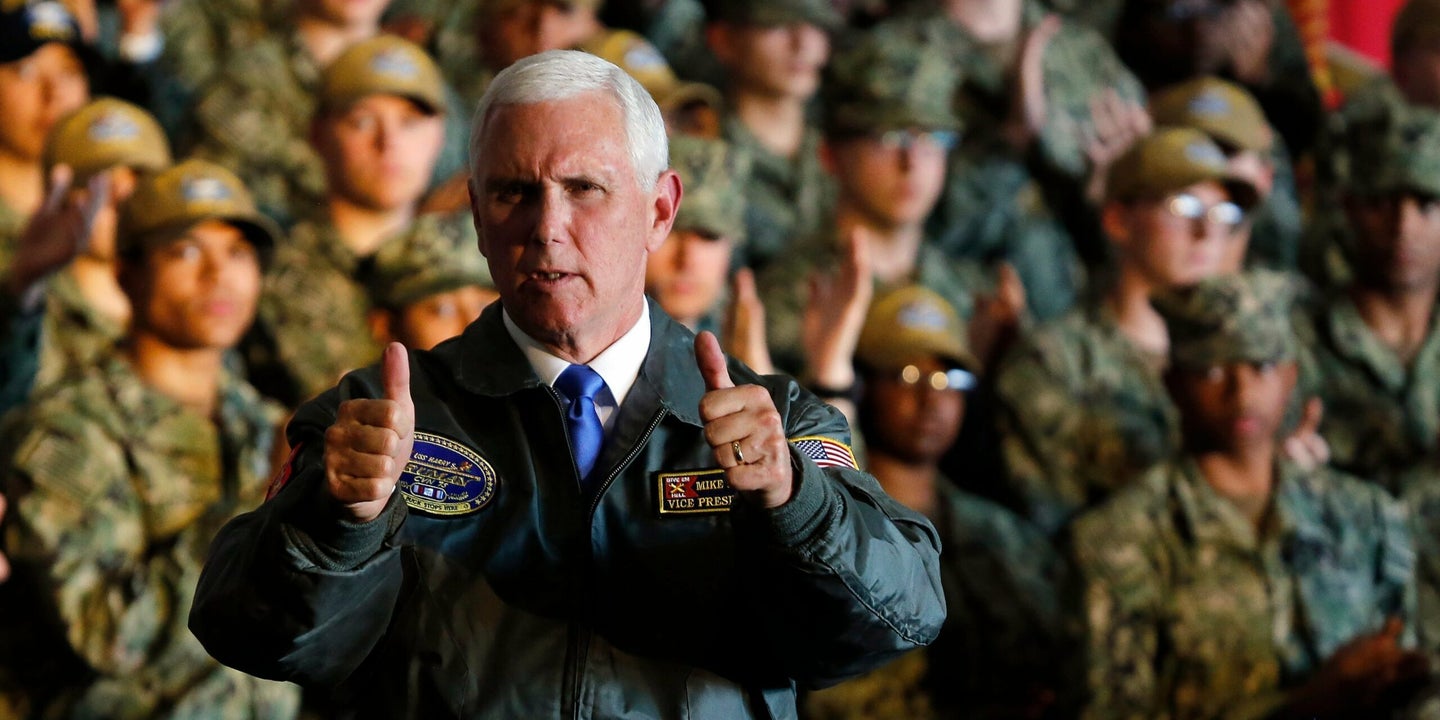 Before Vice President Mike Pence arrived aboard the USS Harry S. Truman on Tuesday, US Navy sailors were instructed to “clap like we're at a strip club” by the ship's senior enlisted sailor.

The instructions were first reported by WTKR-TV's Brendan Ponton and later
confirmed by CNN.

“We can confirm that this statement was made by USS Harry S. Truman's Command Master Chief to Truman's Sailors, prior to the arrival of the Vice President,” Lt. Cmdr. Laura Stegherr, the Truman's public information officer told reporters, calling the remarks “inappropriate.”

“This issue is being addressed by Truman's leadership,” she
told CNN.

Sailors being instructed to “clap like we’re at a strip club” when VP arrives (not kidding) https://t.co/7NquC4wNxw pic.twitter.com/gUqYtOGiuc

Pence toured the carrier and delivered a speech to the sailors on board — a speech that probably left a number of senior defense officials feeling a bit lost.

For weeks now, the Department of Defense and top Navy officers have been defending the decision to retire the Truman two decades early, a decision made to free up funds for investments in next-level weapons, such as artificial intelligence, unmanned systems, and directed-energy weapons, to make the U.S. more competitive in this era of renewed great-power competition

I am overriding the Decommission Order of the magnificent aircraft carrier Harry S. Truman, built in 1998 (fairly new), and considered one of the largest and finest in the world. It will be updated at a fraction of the cost of a new one (which also are being built)!

Pence, on the orders of President Donald Trump, completely upended that plan during his speech.

“I told about some of the discussion about possibly retiring the USS Truman. We talked about her record of success, and the president told me, 'You go tell that crew that we're not retiring the Truman,'” Pence said Tuesday, according to WTKR.

“We are keeping the best carrier in the world in the fight. We are not retiring the Truman,” the vice president said, The Virginia-Pilot reported. “The USS Harry S. Truman is going to be giving 'em hell for many more years to come,” he
added.

Acting Secretary of Defense Patrick Shanahan, who has worked to convince skeptical lawmakers that the decision to mothball the Truman is the right one, will testify before Congress again Wednesday.