Navy Seabee Shot And Killed At Keesler Air Force Base

The Naval Criminal Investigative Service is investigating the fatal shooting of a Seabee at a military housing area over the... 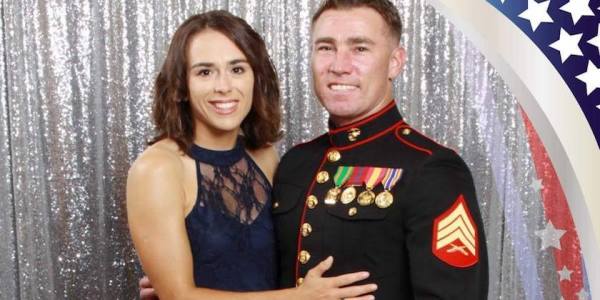 The Naval Criminal Investigative Service is investigating the fatal shooting of a Seabee at a military housing area over the weekend, spokesmen have confirmed.

Switzer was called to the scene and Biloxi police were later notified, but NCIS brought in its on people to investigate, Biloxi police Maj. Christopher De Back said.

Her death is under investigation as a homicide, and it’s unclear if anyone has been taken into custody.

No details have been released, including whether the shooting happened inside or outside a residence, or if Marcheschi lived at the residence. Lamar said the investigation is ongoing and “no further information regarding the circumstances of death are available.”

Marcheschi had been assigned to the Seabee base in Gulfport since January, and had been temporarily assigned to the NCBC Security Office, Lamar said. She began her career as a student at the Naval Construction Training Center on Sept. 9, 2017, and she graduated from the Builder Constructionman course on Nov. 22.

Her age and hometown were not immediately available.

NCBC is home to the Navy’s Atlantic Fleet Seabees, the Navy’s construction battalions. The base occupies a 1,100-acre industrial complex south of 28th Street/ The area is several blocks north of the U.S. 90 beachfront highway and several blocks west of U.S. 49. The Navy’s other NCBC is in Port Hueneme, Calif.

The Navy recorded a total of 15 homicides in 2017 and 76 suicides, according to an annual crime report compiled by NCIS.

Of 76 suicides in 2017, 17 percent were domestic related, according to the NCIC report.