Police are investigating whether two other people were involved in the killing of a Navy man who was shot moments... 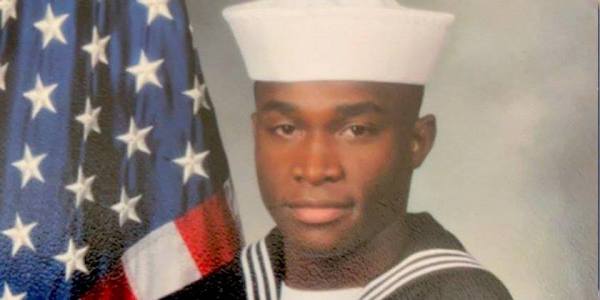 Police are investigating whether two other people were involved in the killing of a Navy man who was shot moments after he stopped to help a motorist on Interstate 15 in California, a lieutenant said Monday.

Investigators released few details about the additional suspects. One man, 21-year-old Brandon Acuna, is already in custody in connection with the sailor’s death. Police declined to specify Acuna’s level of involvement in the fatal shooting.

It’s unclear if police know the identities of the other possible suspects.

Curtis Adams, 21, was driving south on I-15 with his girlfriend about 2:20 a.m. Saturday when they saw a man standing next to a white vehicle near the north Interstate 5 transition in Logan Heights, police said.

The couple pulled over to help, and Adams was immediately shot after getting out of his vehicle, police said. Adams’ girlfriend called 911, and the sailor was rushed to a hospital where he died.

Family members said Monday that Adams’ decision to help a fellow motorist didn’t surprise them in the least, and was a reflection of his unselfish nature.

Both Abrams Jr. and Adams’ brother, Kadeem Adams, said the Navy man was always willing to take that extra step to help others.

Soon after the shooting, the California Highway Patrol put out an alert that a similarly described white vehicle was stopped on north I-5 near 32nd Street, and that a man was seen walking away from the area.

A San Diego police officer located a man, later identified as Brandon Acuna, on nearby Newton Avenue. Acuna was questioned and arrested on suspicion of murder and burglary.

During the last three years, Acuna has pleaded guilty to a handful of misdemeanor charges that included driving without a license, possessing methamphetamine and, most recently, carrying a concealed dirk or dagger, according to court records.

He received probation and was fined in each case.

Police believe two other people may have been involved in Adams’ death, and that the trio of suspects was also involved in a car burglary that escalated to a shooting about 10 minutes before the killing.

Police said in that incident a man was shot at after he came upon people who were trying to break into his vehicle on Boundary Street in Mount Hope.

Adams followed in the footsteps of his father, uncle and brother when he chose to enlist in the Navy in 2016. He was a steelworker with Amphibious Construction Battalion 1, and was stationed at Naval Amphibious Base Coronado.

“He was always proud of our roots, our background, but we're all Americans at the end of the day,” Abrams Jr. said. “He's a good example of that.”