Instead, Staff Sgt. Logan Melgar died sometime in the early morning of June 4, 2017, after four special operators broke into his room while he was sleeping, taped him up, placed him in a chokehold, then tried to cover up their actions 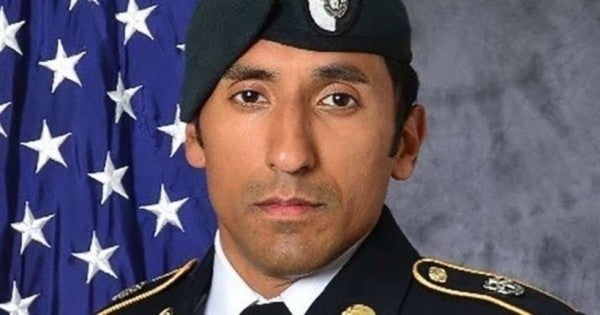 NORFOLK, Va. — They called it Operation Tossed Salad and the hasty plan, concocted over several hours at various clubs in Bamako, Mali, was to haze an Army Green Beret.

Instead, Staff Sgt. Logan Melgar died sometime in the early morning of June 4, 2017, after four special operators broke into his room while he was sleeping, taped him up, placed him in a chokehold, then tried to cover up their actions. On Monday, a Navy SEAL and Marine Raider, the last of four service members currently charged in the case, made their first court appearances in front a preliminary hearing officer at Naval Station Norfolk, who will help determine whether there is enough evidence for the military to pursue the case.

Chief Special Operator Tony DeDolph, 40, and Gunnery Sgt. Mario Madera-Rodriguez, 34, sat at separate tables during the day-long hearing. Both face charges including murder, conspiring to commit assault and obstruct justice, involuntary manslaughter, hazing, and burglary. Madera-Rodriguez is also charged with making false official statements and DeDolph faces a charge of obstructing justice. That charge includes an allegation that DeDolph, a medic, performed a medical procedure on Melgar's neck to open an airway to hide evidence of injures.

Two others, former Navy Chief Special Operator Adam Matthews, and former Marine Staff Sgt. Kevin Maxwell Jr. have pleaded guilty in the case. Matthews was sentenced in May to a year in confinement, a reduction in rank and a bad conduct discharge, which may be reconsidered if he cooperates in the case. Maxwell was sentenced in June to four years confinement, a bad conduct discharge and a reduction in rank to private.

During their previous testimony, Matthews and Maxwell described a plot against Melgar that was hatched to get back at the Green Beret in return for leaving other Marines behind when he went to a party on the evening of June 3, 2017. Instead the four operators and several others convened at a club and, as the night wore on, DeDolph became the driving force behind a plan that both Matthews and Maxwell later described as a joke that got out of hand.

Navy prosecutor Lt. Cmdr. Benjamin Garcia on Monday asked Capt. Warren Record, the hearing officer, to consider adding sexual assault charges to each of the two cases. Matthews, who testified by phone from the brig in Chesapeake, admitted under questioning by Garcia that one of two Malian guards working at the house that night, known as “Big Man,” agreed to assault Melgar with his shirt off while wearing a leash.

Record declined to recommend the charges, citing a lack of evidence.

Civilian defense attorneys challenged Matthew's credibility, noting he'd omitted details about the 2017 incident from his deal with prosecutors. They also challenged the validity of the military's investigation, noting that Naval Criminal Investigative Service agent Ethan Pickett was pulled from the case after a romantic relationship with a witness, first reported by the Daily Beast, came to light, and that a piece of duct tape recovered from Melgar's room was tainted with DNA from another agent.

Phil Stackhouse, DeDolph's civilian attorney, said DeDolph told the two Marine Raiders that he and Matthews would take responsibility for Meglar's accidental death because the Marines were the least culpable of the four service members and to avoid having them charged with serious offenses.

The Melgar case is one of a sting of incidents involving Navy SEALs that has cast the elite operators in an unflattering light. Late last month, Rear Adm. Collin Green, the top Navy SEAL, sent a letter to the command acknowledging ethical and credibility problems across the force after several incidents of misconduct. He gave commanders until Wednesday to respond to him with recommendations.