A more in-depth investigation into the death of the Navy SEAL during a controversial U.S. military raid in Yemen has... 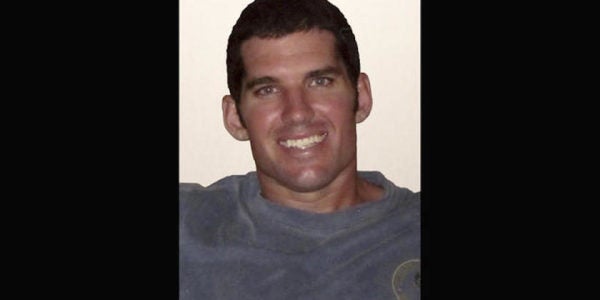 A more in-depth investigation into the death of the Navy SEAL during a controversial U.S. military raid in Yemen has not been ordered, despite being announced earlier this week, defense officials said Friday.

On Monday, the White House and Defense Department said that three separate military investigations were underway into the Jan. 29 raid, including a more in-depth review into the death of Senior Chief Petty Officer William “Ryan” Owens.

However, as of Friday, the commander-directed investigation, known as a “15-6,” had not been requested.

During the raid, which took place just a week after President Donald Trump took office, Owens was killed, four other U.S. servicemembers were wounded and a $75 million Osprey had to be destroyed. Dozens of civilians were also reported killed in the attack.

Owens’ father, William, on Sunday questioned whether the raid had been necessary and demanded the incident be investigated. In response, White House Press Secretary Sean Spicer said there were ongoing investigations.

“It is standard operating procedure for the Department of Defense to undergo what they call a 15-6 review,” Spicer said during a White House news briefing. “That review, in this case, is three-pronged because there was a fatality and a loss of life. There’s that. Because there were civilians involved, that’s another, and then third is because there is hardware, a helicopter that was damaged.”

There are now three reviews associated with the raid, officials from the Navy and U.S. Central Command confirmed on the condition that they not be identified.

The second and third investigations are ongoing. One is a civilian casualty assessment to determine whether civilian deaths occurred as a result of the attack. The second is a Marine Corps’ investigation into the loss of the Osprey.

Though Navy special operations forces and Marines took part in the Jan. 29 raid, a 15-6 investigation could be ordered by Army Gen. Joseph Votel, who leads U.S. Central Command, or Army Gen. Raymond “Tony” Thomas, who leads U.S. Special Operations Command. The 15-6 investigation could review the actions before, during and after the raid and could include disciplinary recommendations.

A 15-6 was conducted after the October 2015 airstrike against the Doctors Without Borders hospital in Kunduz, Afghanistan, where about 40 civilians were killed when Air Force AC-130 gunships supporting U.S. ground forces under fire mistook the hospital for an insurgent-controlled building.

That 120-page investigation was done at the request of Army Gen. John Campbell, the top U.S. commander in Afghanistan at the time, and took about seven months to complete. The released 15-6 report provided an exhaustive picture of the events leading up to the airstrike and recommendations going forward.

Navy commanders could also order the service’s equivalent to a 15-6 investigation known as a JAGMAN, or Manual of the Judge Advocate General, which is the policy governing its more in-depth investigations.

Central Command official would not speculate Friday on whether a 15-6 would be requested for the Yemen raid, but he said a commander could request one at any time.