Former Navy SEAL Josh Butner is under fire for comments he made taking a shot at his Democratic opponent for... 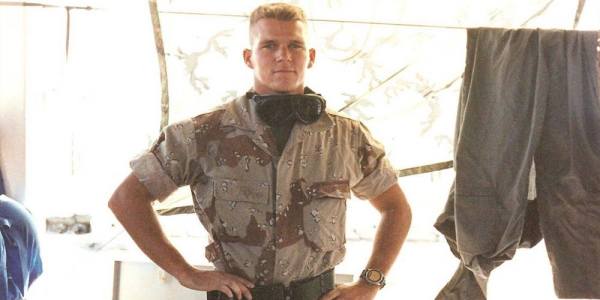 Former Navy SEAL Josh Butner is under fire for comments he made taking a shot at his Democratic opponent for Congress, saying, “It should be a requirement to have served to even run.”

The comment came in an interview with Voice of San Diego.

“When you look at anybody for any political office you should look at their past experiences. I served for 23 years,” Butner said in the interview. “It shows dedication and you’ve been exposed to foreign policy at the tip of the spear. I learned a lot about cultures, in conflict and cooperation. It should be a requirement to have served to even run.”

His comment was posted under the heading “shots at each other,” indicating he was referring to fellow Democrat Ammar Campa-Najjar, who has not served in the military. Both are challenging Rep. Duncan Hunter, a Marine Corps veteran.

Several people on social media took Butner’s comments to mean that only military veterans should be able to run for office, something they found exclusionary.

“As veterans we swear an oath to support and defend the Constitution and that includes the right of Americans to seek public office,” former Marine Will Rodriguez-Kennedy said in his statement. “Statements like that only demonstrate that as a candidate his bid for Congress has clouded his judgment and sets a discriminatory bar for people like those who are incapable of serving or who have been ejected from service as a result of unconstitutional discrimination from serving in Congress.”

Rodriguez-Kennedy is also the president of San Diego Democrats for Equality, an LGBT political club, and was kicked out of the Marine Corps under the military’s now-rescinded Don’t Ask, Don’t Tell policy.

Another, Democrat Matt Strabone, a candidate for county assessor, asked Butner, “(What) the hell is wrong with you” in a tweet.

“I'm open to letting you explain yourself, Josh, but this isn't ancient Sparta. If you meant what you said, that's incredibly troubling,” he tweeted.

Related: The Spartans Were Morons »

In response to questions from The San Diego Union-Tribune on Monday, Butner put out a statement clarifying his statement.

“When I referred to service, I mean some form of National Service,” Butner said in a statement. “National Service could consist of the Peace Corps, a similar form of national domestic service, or the military. This sentiment is what was meant by JFK when he said, ‘Ask not what your country can do for you but what you can do for your country.’ I'm glad my comment has at least sparked a conversation about the importance of service to our country.”

Campa-Najjar said that Butner clearly was referring to military service.

“That means ppl with disabilities, obesity, or LGBT ppl during Don’t Ask Don’t Tell would‘ve been prohibited from running,” he said in a tweet.

His campaign also released statements from four veterans who preferred not to see military service as a requirement to run for Congress.

Butner, of Jamul, enlisted in the Navy in 1988 and trained as a corpsman before starting SEAL training immediately thereafter. He deployed to Iraq in the first Gulf War, became an officer in 1995 and later deployed to Afghanistan and back to Iraq. He retired as a lieutenant commander and now sits on the Jamul-Dulzura Union School District board.

For members of the House of Representatives, the Constitution’s only requirements are that members are at least 25 years old, be a United States citizen for at least seven years and a resident in their district’s state.

A new national service requirement — whatever the type — would mean that many current members of Congress, including some incumbents who have endorsed Butner, would not be able to be a member of the House.

Butner’s campaign did not respond to questions about Rep. Scott Peters and Rep. Mark Takano, two members who have both endorsed Butner but have not participated in a national service program.

A spokeswoman for Peters’ campaign expressed appreciation for Butner’s service and said that it’s important for candidates to be committed to public service, but national service programs aren’t the only way to contribute.

“[T]here are many different ways to serve your community and many different paths to Congress; Congress should be made up of people from all walks of life, not just those whose path included national service,” spokeswoman MaryAnne Pintar said.

A military service requirement would disqualify even more incumbents than a record of any type of national service. There wouldn’t have been a Democrat in the White House since Jimmy Carter, or a Republican since George W. Bush.

Of the 435 seats in the House, 80 are currently filled by veterans. Two of them are women — Rep. Tulsi Gabbard, D-Hawaii, and Rep. Martha McSally, R-Arizona, officers in the National Guard and the Air Force, respectively.

The military’s fitness, health, and other standards, as well as disabilities, chronic illnesses, and other disqualifiers would also keep large portions of the general public from serving in uniform and later entering politics.