Jocko Willink and Leif Babin have built their post-Navy SEAL careers around the art of leadership. Willink was the head... 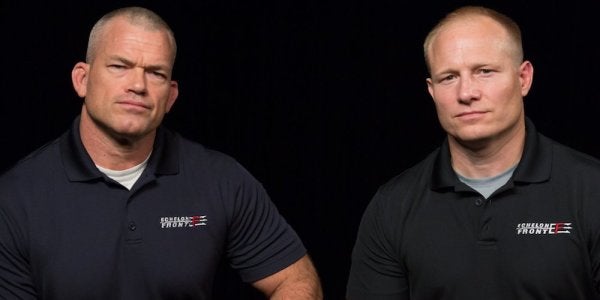 Jocko Willink and Leif Babin have built their post-Navy SEAL careers around the art of leadership.

Willink was the head of US Navy SEAL Team 3 Task Unit Bruiser, the most highly decorated U.S. special operations unit of the Iraq War, and Babin was one of the two platoon leaders who reported to him. After their service, Willink and Babin founded Echelon Front in 2010 as a way to bring what they learned in the military to the business world.

Business Insider interviewed Willink and Babin about their new book on the subject, The Dichotomy of Leadership, and they told us that over their work with more than 400 businesses and their leadership conferences, they've found inexperienced leaders are regularly making the same mistakes.

1. They think they have to know everything

Willink said he's found that a fear of losing trust is what keeps leaders from asking these simple questions, but that this approach actually increases a team's respect because it shows honesty, and it will avoid problems in the long term because it won't require faking knowledge.

“So don't worry about saying, 'I don't know something,'” Willink said. “It's perfectly fine. You just showed up! No one expects you to know everything. Relax. And ask some questions.”

2. They think their problems are unique

Babin said he also regularly finds new leaders become convinced that the problems they're facing are so specific to them that outside help wouldn't help. “And they think their problems are harder than everyone else's problems,” he said. “It's very common. I've fallen into that trap, as well.”

This tendency is ultimately about shifting responsibility.

“Because as long as you're making excuse for yourself, an excuse for your team, you're never going to actually solve the problems that are causing you to not perform the way you should, and therefore you're going to keep repeating those same mistakes,” Babin said. “Step up, find a way to solve those problems, and win.”