A witness in the investigation of the death of Army Staff Sgt. Logan Melgar shed light on a possible motive,... 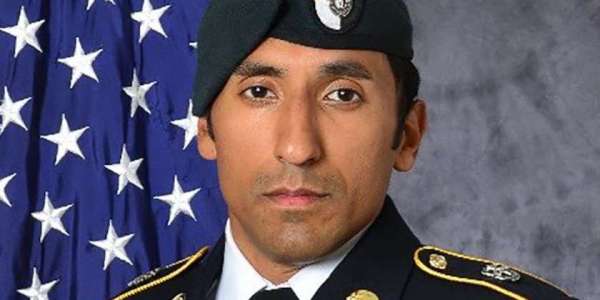 A witness in the investigation of the death of Army Staff Sgt. Logan Melgar shed light on a possible motive, according to military documents obtained by NBC News.

The witness recounted that Petty Officer Tony DeDolph, a Navy SEAL, said he and others wanted to “get back” at Melgar, a Green Beret, for what they perceived as a slight against them, NBC News reported on Nov 13. The witness in the report alleged that several people were upset at Melgar “after they felt he intentionally tried to evade them while he was driving to a party.” DeDolph allegedly told a witness that he “choked out,” referring to Melgar.

DeDolph suggested that he and fellow SEAL Adam Cranston Matthews use duct tape on Melgar, the witness said, according to NBC News. The witness also said that the SEALs, who may have been afraid that their actions could be viewed as hazing, did not mention the duct tape in their interviews with investigators.

Investigators ruled Melgar's June death a “homicide by strangulation.” While he lived in the embassy housing with the SEALs, he reportedly told his wife he was having issues with two of them, The Daily Beast reported Nov. 12.

“If true that the Navy SEALs were involved in the death of Staff Sgt. Melgar, this is something that would be a huge tragedy and something that I have not witnessed in my entire career,” retired Brig. Gen. Donald Bolduc, the former head of special operations troops in Africa, said to NBC News.

Melgar's death is under heavy scrutiny after The New York Times and The Daily Beast reported that investigators were looking into whether the SEALs, members of the elite SEAL Team Six, were skimming a portion of funds intended to compensate confidential informants.

Melgar reportedly discovered their actions and turned down the money when he was offered a cut, special operations community sources told The Daily Beast.

DeDolph initially told investigators that he and Melgar were wrestling at 4 a.m., and that Melgar was drunk, according to NBC News. Matthews was also present, according to the report. DeDolph and Matthews said they all fell onto Melgar's bed before they realized Melgar was not breathing.

An autopsy report reportedly contradicts the assertion that Melgar was drunk. A former military official told The Daily Beast the document said there were no drugs or alcohol in Melgar's system. Melgar's friends and comrades told The Times that Melgar did not drink.

DeDolph and Matthews were reportedly flown out of Mali and placed on administrative leave, shortly after Melgar's death.

Melgar, a 34-year-old Texan, deployed to Afghanistan twice. He was assigned to Mali with the 3rd Special Forces Group to help train locals and support counterterrorism operations.