Five sailors, including three Navy SEALs, have been granted immunity to testify in the case of a SEAL charged with sexually assaulting a fellow sailor during a deployment to Iraq in 2019, prosecutors said during a motions hearing this week 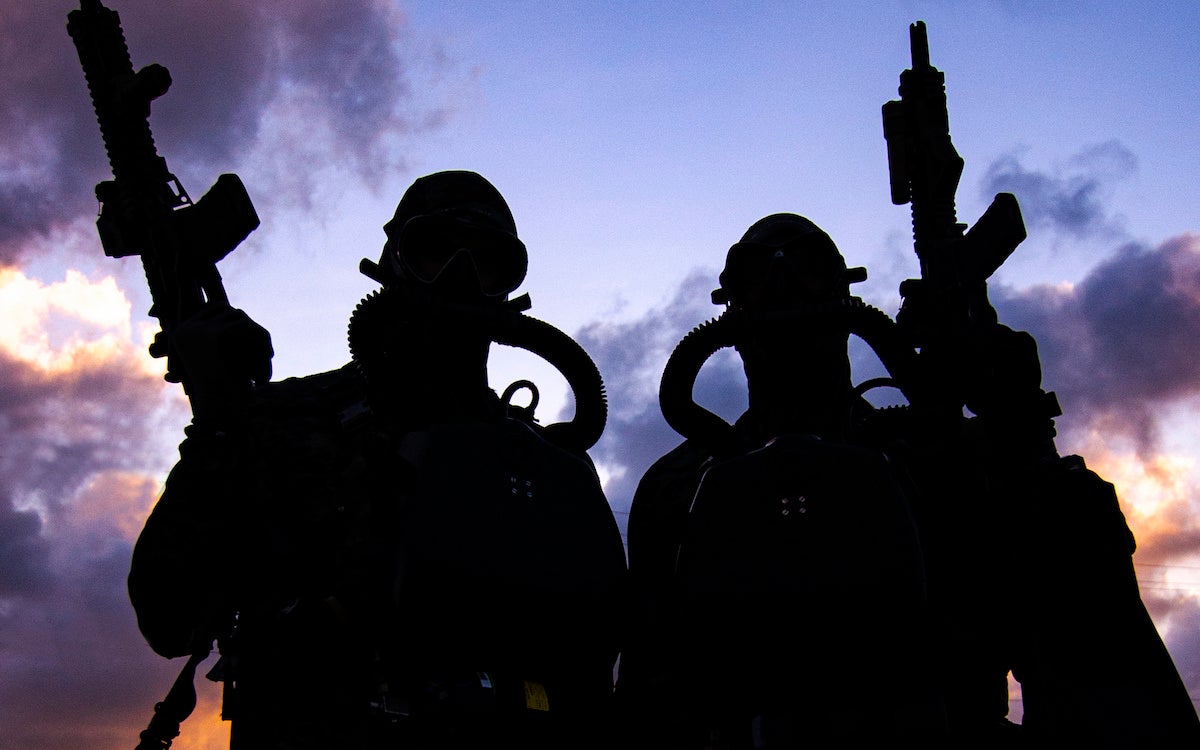 SAN DIEGO — Five sailors, including three Navy SEALs, have been granted immunity to testify in the case of a SEAL charged with sexually assaulting a fellow sailor during a deployment to Iraq in 2019, prosecutors said during a motions hearing this week.

Special Warfare Operator 1st Class Adel Enayat, in his dress blue uniform, was in a Naval Base San Diego courtroom Tuesday for a hearing in his ongoing court-martial. His legal team, led by civilian attorney Jeremiah Sullivan, argued that previous SEAL cases involving Enayat’s SEAL Team 7 have tainted the Navy legal community and the investigative process.

Enayat is charged with a sexual assault that prosecutors say occurred after an alcohol-fueled Fourth of July party in Iraq in 2019 that left a female sailor with bruises on her face and body. According to the SEAL’s charge sheet, he strangled the woman, bit her face and penetrated her without consent. A friend later took photos of the woman’s injuries, according to The Associated Press.

The party was held two days after another SEAL Team 7 member from a different platoon — Special Warfare Operator Chief Edward Gallagher — was acquitted on charges that he murdered an Islamic State fighter and shot civilians during a 2017 deployment to Iraq. He was convicted of posing for pictures with the corpse of the dead fighter.

It was unclear from discussion in court what each witness with immunity might testify to seeing during that party, though at a previous hearing Sullivan said more than one saw the victim sitting on Enayat’s lap. The victim allegedly told a friend that the encounter started as consensual before it became violent, the AP reported.

The Gallagher case — and all its twists and turns — was at the center of arguments by Sullivan, who said the misconduct of San Diego Navy prosecutors, the Naval Criminal Investigative Service and the words of former Naval Special Warfare Commander Rear Adm. Collin Green during and after Gallagher’s court-martial raise questions about Enayat’s ability to get a fair hearing.

Sullivan also said witnesses were reluctant to talk to him, in part because of the prosecutorial misconduct that occurred in the Gallagher case and also because it garnered so much media attention.

The issues that came up from the Gallagher case, Sullivan argued, affect Enayat’s, and said prosecutors should be compelled to produce documents and court rulings from it.

Prosecutors argued Sullivan did not submit any evidence that anyone involved in the Gallagher case had touched Enayat’s or that support his argument that they are relevant to the case. The judge, Cmdr. Chad Temple, said he’d take Sullivan’s concerns under advisement and did not rule on the motion.

Potential conflicts on the Navy’s side are not the only connections between the Gallagher and Enayat cases.

Sullivan also represented Lt. Jacob Portier, Gallagher’s platoon commander in Iraq who also was charged in connection with that 2017 deployment. The Navy dropped Portier’s charges in the wake of the Gallagher decision after then Chief of Naval Operations Adm. John Richardson, assumed control of several SEAL war crimes cases.

One of Gallagher’s civilian attorneys, Tim Parlatore, represents Navy SEAL Chief Nicholas Olson, one of the witnesses in the case. Olson was also accused of sexual misconduct in Iraq in 2017 by a female sailor and was kicked out of the SEALs, the AP reported.

Olson was the subject of an administrative separation board last week in San Diego, a matter that came up in court Tuesday. A person with knowledge of the proceeding said board members “unanimously” ruled in Olson’s favor and that although he lost his coveted SEAL Trident, he won’t be separated from the Navy.

A Naval Special Warfare Command spokesman also declined to comment, citing privacy concerns over administrative matters. Olson, and the female sailor who accused him of misconduct, are among those granted immunity to testify.

Another connection to the Gallagher case involves another witness attorney, Brian Ferguson. Ferguson represented more than a dozen members of Gallagher’s platoon in that case, including then-SEAL Petty Officer 1st Class Corey Scott, who, in dramatic fashion, confessed on the witness stand that he, not Gallagher, killed the ISIS fighter under their care by suffocating the 15-year-old after Gallagher stabbed him in the neck.

Ferguson represents multiple members of Enayat’s platoon. One of Ferguson’s clients, an explosive ordnance disposal technician 1st class, was attached to both Gallagher’s and Enayat’s platoons and was on initial witness lists in both cases. He did not testify at Gallagher’s trial and it’s not clear whether he will testify at Enayat’s.

Enayat will be back in court for a hearing in November, with trial scheduled to start Feb. 1.